Schedule of free chapters publication: for 2 chapters every 1 days at o'clock

“Shameless Xia Ping, not only did you steal my martial arts manual and medicinal pills, you even took my fiancée! We’re not finished!”

“He’s the embarrassment of the Martial Way and a parasite of the human race. A complete scumbag.”

“There’s nothing that he won’t do. Not only would he not help an old person cross the road, he would even steal the lollipop of a three year old.”

“He causes problems everywhere. All of the geniuses of those big families have been beaten up by him before. Now, he’s no longer tolerated by either humans or gods!”

Countless martial arts experts of Yanhuang Star hated Xia Ping down to the very bone. They were just itching to completely crush him into pieces.

As for Xia Ping? Facing the hatred of so many people, he just calmly pulled up the interface of the “Grand Hatred System” and looked at all the wonderful things there. He rubbed his chin, “I’ve already saved up so many Hatred Points. What should I exchange for now? Saint-grade medicinal pills? Or perhaps that Primordial Pill? The peerless martial art skill, Tathagata Palm also seems pretty good too. But then there’s that divine weapon, the Cosmic Cauldron. It really is too difficult to choose!”

Before the opening following 2 глав

Legend of the Asura 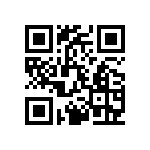