The Grand Elder of Canaan Academy.

However, he was only a three-star Dou Zong powerhouse.

Although he was at the peak of three stars, he still didn't have any power of resistance when facing Jiang Liao.

He was about to say something back, but he heard Jiang Qiao grudgingly say, "What, is refusing people a thousand miles away your Canaan Academy's way of treating guests?"

Upon hearing this, Su Qian could only hurriedly say, "Your Excellency, please come in, it's fine to come to my Canaan Academy for a cup of thin tea, I was too abrupt, I hope Your Excellency won't blame me."

Now Su Qian was completely sure that Jiang Qian's cultivation was still above him.

Although the Canaan Academy still had two guardians, that had to be used at a critical moment.

"It's not the right time yet." Su Qian frowned darkly, "And this person's cultivation is even more terrifying than the feeling I got from those two seniors."

This made Su Qian even more depressed.

A tone of education made Su Qian's group of people sound like they wanted to get angry.

But then they felt a heavy weight on their bodies, and the heavy pressure instantly crumbled down on them, making it hard for them to overwhelm.

It was only at this time that someone looked at Jiang Xiao in horror, as if their eyes were about to fall out.

"So this person is this strong."

Especially after seeing Jiang Gou's smiling eyes, they became more and more so sure.

This person in front of them was truly terrifying.

Just who exactly was he?

Why was it unheard of before, as if it had suddenly appeared out of nowhere.

This kind of doubt Su Qian also had, but not as strong as the rest of the people, and when Jiang Xiao came in, he hurriedly made amends, "Sir, previously it was our Canaan Academy's fault, those brats in the law enforcement team didn't know the rules, please don't blame Sir."

The rules were made by people, and they were deadly.

This truth Su Qian understood, and those Canaan Academy elders and teachers around him also understood.

This young man in front of him was probably too young for their Canaan Academy to provoke.

Even if it was betting on those two mysterious guardians.

Jiang Jiang waved his hand, "They have also been punished, but the throne was frightened, so..."

Su Qianton couldn't laugh or cry, this lord in front of him was so greedy, so he asked, "I wonder how much is appropriate for your lordship?"

Jiang Gou shook his head and continued, "My name is Jiang Gou, and you may also call me by my name, although it is a common name.

As for the compensation.

Su Qian was stunned and thought to himself, "Who dares to call him by his first name, a strong man like you isn't being supported like an ancestor wherever he goes?"

This time it looks like it's going to be a hemorrhage.

So Su Qian asked again, "Then I wonder what the lord means?"

After the guests were seated, Jiang Jiang said, "It's simple, I want to see all the techniques and fighting skills that Canaan Academy has collected, and I also need to enter the Sky Burning Refining Tower to cultivate for a few days, I wonder what Elder Su thinks?"

Upon hearing that, Su Qian really wanted to curse.

The lion's mouth wasn't this open, either.

Also, to really think that they, Canaan College, were the wronged ones, that the law enforcement team was clearly an excuse.

That's right, it was indeed an excuse.

"Elder Su, you shouldn't be in a hurry to deny it first."

That was much more pleasing to the ear.

And it was not a violation.

As for rejecting Jiang Xiao directly, he wanted to do so, but unfortunately he didn't dare to refuse in person.

But it was not good to agree to it either.

Jiang Chi continued to speak, "It would also be a good idea to directly tell you, Grand Elder Su, that this seat was here for these two matters previously, and that the matter of your law enforcement team is just a small episode, and this seat will treat it as if nothing has happened.

Of course, if you are going to refuse, then please consider it carefully, after all, this seat's cultivation is far too strong for all of you.

And maybe this seat will pursue the matter of the Canaan Academy Law Enforcement Team then, so..."

His facial skin twitched, and he said in his heart, "This is clearly a very direct threat, it's just a pity that this fellow surnamed Jiang is indeed right, his cultivation is indeed too strong for us.

If we really want to offend such a strong person, I'm afraid the entire Canaan Academy will have to go down with him."

That wasn't what he wanted to see.

But agreeing to Jiang Xiao like this, he felt bad about it.

So he said, "My lord, because you're not from our Canaan Academy, it's hard for us to agree to your first request ah.

As for the second condition that your lordship said, I can instead just make a promise to let you go in for a month of cultivation, it won't hurt."

Jiang Ji heard this, but smiled faintly, "It seems that Elder Su hasn't understood the situation yet, but do you know why this seat is whispering and discussing with you?

You should know that with this seat's skills it's actually nothing even if you go and get it yourself, so you should also understand the significance of this seat being able to sit down and talk to you so much, right?"

He really hadn't thought of this layer.

At this time his face was also pale and somewhat secretly blaming himself, he intoned, "What you say is indeed reasonable, my lord, but I have a compromise here, I wonder if my lord would like to hear it?"

"Well?" Jiang Jiang was stunned and curious, "And tell me."

His faint words were exceptionally cold, and he was quite surprised, what other compromise could there be.

He hadn't thought of it anyway.

Su Qian continued, "My lord, it's like this, there are actually two more guardians in our Canaan Academy, if you can defeat them, my lord, I will unconditionally agree to your two conditions, how about it?"

Jiang Gou's brows furrowed, and to be honest he was actually one who disliked it when someone came with strings attached.

But he took a glance at Su Qian's sincere eyes, and then at the rest of the Canaan Academy, and pondered.

At this time, Su Qian also said, "My lord, the reason why you are allowed to compete with the two guardians of the academy is actually just to give an explanation to the rest of the academy, after all, this academy is not mine Su Qian."

"Alright then, you can watch the arrangements." Jiang Chi nodded faintly and said, "But if you go back on your word when the time comes, don't blame this seat for not reminding you, the consequences will be terrible once this seat gets angry."

To be able to fight for this, to be able to see Jiang Liao's powerful strength with his own eyes, he felt that it was also necessary.

After all, the Canaan Academy's techniques and fighting skills were not the result of a great wind and waves.

"If he can really defeat the two Lord Guardians, then it's considered a good effort for me."

Su Qian secretly said, "And it's also considered giving an explanation to the world and being able to gag the world's yo-yos."

This would be sufficient.

Otherwise, he wouldn't have risked his life to make this request.

What if Jiang Chi was angry.

Fortunately, Jiang Jiang wasn't angry and didn't refuse, which was considered to be a sufficient face for Canaan Academy.

"And the next thing is to arrange for the two Lord Guardians."

Su Qian also felt a headache, "Those two lords have already started to shut down and not ask questions, I still don't know if I can invite them."

But things could only get them to help out now.

After all, those two Guardian Lords were strong Dou Zun, so I guess they should be able to deal with this person.

These were all things Su Qian had to think about, so he planned to go to the Canaan Academy's Hidden Scripture Pavilion to invite out the two guardian lords.

"Thousands of Elders, you must not disappoint me, or else I will have to go along with that man's wishes for the sake of."

After all, a person who was even more powerful than Dou Zun, he Su Qian simply couldn't afford to offend, which was why he had this compromise to slow down the process.

Su Qian went on his own to invite that Thousand Hundred Two Elders without mentioning it, but Jiang Xiao was now looking at the rest of the elders and teachers of the Canaan Academy indifferently.

He said indifferently, "Everyone, didn't you guys always want to make a move against this seat before, thinking that this seat is a soft persimmon, now this seat can give you a chance to make a move to defeat me, is anyone willing to step forward?"

However, the entire Canaan Academy's council hall was silent.

The heavy pressure that still existed on their bodies was no joke.

And they didn't say anything at all in the face of Jiang Lack's question, mainly because they were scared by Jiang Lack.

It was because they had never seen anyone as strong as Jiang Liao before.

Even those two Lord Guardians of the Canaan Academy, only Su Qian could see one from time to time, and the others were basically out of luck.

Jiang Chi indifferently said, "So what you all said earlier before I came down was all a lie, hehehehe!"

A time of ridicule.

He didn't treat these people well at all.

All of them were a bunch of turkeys and dogs, and there was no need for the Gryphons to treat them.

Although Jiang Jiang's words were unpleasant, and although the elders and teachers in this council hall all felt humiliated, no one dared to utter a word.

No one would utter a word either.

Hai Bodong secretly felt amused, "Someone as strong as Your Excellency, even the Canaan College wouldn't dare to offend easily, ah, before these people were all shouting at each other, what to deal with severely.

Now they've ended up like this, but it's not a pity to get up, tsk tsk!"

Luckily I was early in following the adults, where else would I have had the chance to see this.

For half an hour, like sitting on pins and needles, the torment was endless.

But he didn't care.

Because the contest hadn't even started yet, it was actually over. 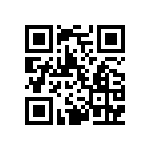