They were just as vain about becoming immortal.

They pinned their hopes on the immortal path appearing, the chance to become immortal appearing, and from then on embarking on a unique path of becoming immortal.

Hoping that this will lead to a good way out.

Isn't it just the hope that one day one will become immortal and be able to become that unparalleled monstrous powerhouse.

It became an extravagant hope.

An extravagant expectation that was very difficult to achieve.

They may not even have the chance to fulfill their lifelong dream.

But I have to admit that their persistence, their obsession, is what has long brought about the prosperity of this world.

Otherwise, there wouldn't be a place of prosperity.

Especially after this End Times, cultivation was very difficult and became more and more unbearable.

There was no one to enjoy any benefits.

This magnificent character was hard pressed to support the terrifying cultivation of this Last Law Era.

Becoming a leading figure in the new generation.

He was also not a native of this world.

The two were instinctively different.

The first time he stepped into the forbidden area of the Buried Heaven Island, Jiang Chi had already felt the divine and powerful nature of this forbidden area.

It was more special.

It was also more special.

It was these kinds of specialness that had long ago led to today's depression.

The entire Burial Heaven Island Forbidden Area looked particularly depressed, with only three or two cats of any size.

It looks like there hasn't been anyone here for many years.

At least not many people.

Seeing Jiang lacked a stunned, darkly, "The formerly prosperous forbidden land, the divine Burial Island, was known as the place of the heavens How could it have ended up like this."

It was really sad by a few points.

Originally, he had thought that there was going to be a war, and that the number of Ancient Emperors, Ancient Emperors, and Supreme Emperors on this Burial Island should be terrifying, as there were many of them.

Faintly flicking his hand, the Soul Searching Technique was also applied at the first opportunity, and there was no need to listen to those people's words now that it was over.

He didn't need that group of weaklings either.

He only needed the origin power.

Thus it could not be spared.

None of the other places had such good things.

When the forbidden lands completely collapsed and collapsed, everything would be over.

Even if he didn't kill those people, they wouldn't live long.

Death would gradually accompany that group of them.

Jiang Xiao felt that he was already benevolent enough, or else he wouldn't have been able to still keep people alive after performing the Soul Search.

Time was passing by bit by bit.

The Reincarnation Lord and the others, however, looked at Jiang Chi with horror and fear on their faces, and they couldn't help but think to themselves, "If Senior Jiang had cast such a Means, we all of us are afraid that we're going to fall."

Even if we can resist?

This was what an Earth Immortal was.

Existence beyond that of ordinary cultivators, this was a very special means.

It was even so strong that he was stunned.

"As expected, my previous choice was correct."

The Lord of that Reincarnation was secretly relieved at this point, choosing to follow Jiang Lack and follow such a powerful existence was the right thing to do.

None of the previous things had been correct.

To finally do one thing right, and to finally have the opportunity to step onto this path to immortality.

He sort of saw it clearly.

To be weak is to be weak.

They couldn't help but feel bitter and bitter, meeting a powerful existence like Jiang Di was definitely the result of their ancestors' bad luck! It's not good luck.

It's just no good luck.

They probably didn't expect that Jiang Lack's strength would be so strong, so strong that it was desperate.

They were suppressed, and the strength in their bodies was like a pool of stagnant water, there was not the slightest bit that could be mobilized.

This kind of terror.

It was truly horrifying, and even creepy.

The very first time, everyone was thinking about a problem, when and where did they offend Jiang Xiao.

Where else would these things happen.

But there was no way.

They were half-heartedly helpless.

Being suppressed, they were like an ordinary mortal with a miserable fate.

The feelings of the crowd were surprisingly complicated.

But it was as if Jiang Chi didn't see their eyes, as if he didn't hear their voices.

It was clearly meant to completely suppress them.

They didn't have any way out.

Facing the powerful Jiang Lack, where were they as opponents.

As soon as the Soul Searching Technique was performed.

There was a group of people who couldn't carry it and directly turned into fools.

I guess they had never dreamed that they would end up like this one day.

It was truly miserable and tragic.

It was also their ultimate destiny.

There were others who resisted the Soul Searching Technique, but the next moment they were extinguished with a slight flick of Jiang Di's hand.

They turned into a trail of ashes and went away.

In the end, there was nothing left.

Ending up in a miserable state, until the moment of their final death, they didn't know what they had done wrong.

Was it also a mistake to stay honestly and extremely disciplined in the forbidden area.

They were very confused.

Looks were a little trance-like, but death had come.

There was only the usual now.

It would be crazy, too.

It was shocking to think about, truly horrifying.

But one had to admit that Jiang Liao's approach was indeed greatly pleasing, at least the speed of eradicating those forbidden lands in this way would be fast.

It would also return this world to a bright and clear light in the shortest possible time.

This was actually what Jiang Xiao's heart was thinking.

This was the last forbidden land anyway.

It was about to end anyway.

It was time to end it.

He faintly said to himself, "This time, you'd better die, there's no need for the Buried Heaven Island to continue to exist in the future, and naturally There can't be anyone left."

Without a forbidden place, people would naturally have to die.

Jiang Xiao felt that he hadn't done anything wrong.

These forbidden people, what they had done in their daily lives, he knew very well whether or not to start that dark movement . The chaos was also very random .

Because of the existence of the Forbidden Ground, how many lives would be absorbed and how many years would be gained .

These were all immeasurable .

He had killed that group of people, and was considered to be doing it on behalf of the gods .

Those around Jiang Lack, however, felt that Jiang Lack was terrifying, this person was really strong and domineering.

It was truly frightening.

It was hard to suppress those terrifying thoughts in one's heart.

If Jiang Chi had used such a method to deal with them from the beginning, wouldn't they all have died long ago.

Because there was no strength to resist.

It was truly hard to imagine that situation.

Suddenly, Jiang lacked the ability to raise his hand and exterminate the remaining ones.

He had already acquired the techniques and secret arts anyway.

He had already gotten his hands on the origin power.

And the speed wasn't slow.

It was all going at a bizarre speed and manner.

It was terrifying to an extreme.

The scene was a stunned one as they watched those around Jiang Xiao, and they only saw Jiang Xiao pointing slightly towards the depths of this Burial Heaven Island's forbidden area.

Then... then this forbidden ground directly collapsed.

The rules of the forbidden area also began to dissipate.

Since there was no origin force to operate, they were naturally overwhelmed, and naturally, they could only dissipate into smoke and clouds.

Eventually ending up with a forbidden land that disappeared.

"Yeah, just now, this skill of his is clearly the legendary flick of the finger."

"The strength of the Earth Immortal Realm is so great, a forbidden place was suppressed in front of Senior Jiang."

"No, this isn't suppression, this is clearly a direct destruction of a forbidden land."

Fortunately, I chose the right one.

Everything was still salvageable.

Everything was still in time, and they still had options to choose from, and things to continue choosing from.

It's still alive, and that's the best.

They expressed their happiness.

Following a strong man like Senior Jiang, the future was boundless and definitely had countless benefits.

There was no doubt about that.

Becoming an immortal or a god was probably only a matter of time.

The matter of lifespan was also taken care of for them by Jiang Mo, as long as they possessed enough contributions, they could exchange them.

Although Jiang Kou had also previously given them each a strand of Immortal Yuan Mana, it was only on credit.

It was still necessary to return the contributions.

In a matter of moments, flicking his finger to cover the sky and destroy a forbidden area.

How could this kind of skill be compared to ordinary people.

The clouds started to move.

The wind and clouds came and surged and flew apart, and the divine light had its own piece of light.

It tossed and rolled.

Jiang Ji calmly waved his hand and said, "This is the most basic thing, no one need to panic."

The Origin Reward had arrived.

None of the seven Life Forbidden Areas were left now.

It was finally over.

Along the way, the origin power that Jiang Lack had obtained was also increasing at a visible rate.

It was really a bit much.

If an ordinary person saw it, they would only feel frightened and would all be red-eyed, right?

He felt that such people should be there anyway.

"Master, the seven life forbidden areas are all gone, where are we going next?"

Suddenly, it was as if a lot had happened.

He was not at peace.

He just wanted to follow Jiang Xiao and then mix up some time and live scantily.

Never thought that one day he would be able to live in such a glamorous manner.

He thought that each and every one of those seven life forbidden areas were terrifying and powerful, impossible to defeat kind of existences.

But later on, Jiang Xiao had proven time and again that those forbidden areas could actually be destroyed as well.

As tumors, they should be destroyed.

He was proud and in a trance, and had a feeling that none of this was real.

It just felt like none of these situations were realistic.

By comparison, Inan was calm.

On this journey, she had also gained quite a lot.

The most would have to be those cultivation resources, especially in the divine Ruin Forbidden Area, where a large amount was scavenged.

Those in the God's Ruin Forbidden Area, on the other hand, were booing.

And it was all the forbidden lands that had been wiped out by him alone, never to exist again.

What terrifying strength and means this had to be.

Just thinking about it makes my scalp go numb. 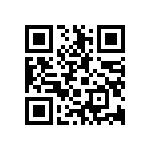