Within the Yaochi Sanctuary, the meeting hall.

The white-skirted steward was a little hesitant, as well as embarrassed and depressed, "Mr. Jiang, I wonder about your cultivation?"

The look of consternation was hard to stop.

What kind of skill did this man have that could make those two ancestors both think so highly of him, this person should be terrifying.

Presumably the strength should also be very strong.

Anyway, that white-skirted steward thought so, "The holy son, holy daughter, and holy lord aren't here, but it's hard for me to make a decision ah."

She wanted to see what Jiang Liao was capable of, how inscrutable was this person's cultivation realm.

Nor had she ever understood.

It was just that it was too awkward to ask about someone else's realm.

And it was a taboo subject.

Generally speaking, one wouldn't ask about a person's cultivation realm.

She also had the attitude of giving it a try now, but she actually didn't have any idea, fearing that if she broke the taboo because of this, it wouldn't be good if she angered Jiang Gu.

"If you don't feel up to it, you can also not say anything."

It wasn't that he was taboo about anything.

It was just that he felt that this white dress steward was a bit different.

"Since you're curious, I'll tell you about it properly."

Jiang Chi smiled slightly, "It's just a cultivation realm, and it's not a taboo for the poor, so I'll be able to talk about it."

Nothing bad to say.

It's just a trivial matter.

That's right, it was indeed a small matter to Jiang Ji, the cultivation realm was originally for people to see.

And by doing so, it would also strengthen his Jiang Someone's influence.

Maybe the next time the people of the Yao Ji Holy Land were afraid, they would grant them enough World Origin Power.

That would be quite good.

That white-skirted steward was delighted at the news, "It's true that you're a senior senior, your attitude is good."

This might not have been the attitude if it had been anyone else.

The white-skirted steward could clearly sense Jiang Lack's strength, but she didn't know the specifics.

So it was precisely because of this that she had great illusions and curiosity about Jiang Lack in her heart.

The white-skirted steward said evenly, "I am listening."

Although he was an immortal, he was just an ordinary cultivator.

This time, Jiang lacked his own position.

Even though he had become a Heavenly Immortal, he was still just a miserable seeker on the path of seeking immortality.

Still, he was just a mere cultivator, not really an unimaginable existence.

Only, his words sounded exaggerated to that white-skirted steward.

She had never heard of this realm, though she didn't know what the so-called Earth Immortals were.

The fact that there was an immortal character in it was enough to explain everything.

It was actually somewhat frightening, somewhat horrifying too, but she was feeling shocked anyway.

Even how distant, yet terrifying everything exists ah.

It was truly unbelievable to her, "How can there be a fairy, where in this world, there are fairies.

He should be lying to me, if there were immortals, once upon a time the two ancestors, the Western Queen Mother and the Beginningless Emperor, would have discovered it long ago.

Why would they be asleep."

The white-skirted steward of that Yaochi Sanctuary's gaze sank slightly, "It seems that he should be bragging a bit."

Even if there really were immortals existing in the world, they would never look like this to Jiang Ji.

Anyway, no matter how she looked at Jiang Gou, that temperament and appearance didn't resemble an immortal.

Instead, she felt that Jiang Gou should be talking nonsense and telling lies, otherwise it shouldn't be like this.

She wasn't in a hurry to dismantle Jiang Lack because she didn't think it was necessary, "He should have something hard to say or some secret that he doesn't want us to know."

That white dress steward thought so.

In fact, she felt that everything was clear to her, she understood it all.

Where is there a fairy.

"I'm afraid a fairy is impossible."

The white-skirted steward's heart thought like this, "It's a pity that my strength is low, otherwise I would be able to directly see his cultivation realm."

Anyway, no matter what, he didn't believe that Jiang Chi was an Immortal.

Or that Earth Immortal.

After thinking of this, that white-skirted steward smiled slightly, "Oh, Mr. Jiang is joking, since curiosity has been satisfied and the feast is almost ready, let's begin."

As for what Jiang Chi had said earlier, she didn't think it was correct.

Because there was no meaning to them.

If immortals were that easy to meet, there wouldn't be so much shit going on in this world.

Everything was just very ordinary.

"Maybe it's because he has a technique that hides his breath, thus obscuring my perception."

The white-skirted steward secretly thought, "As for why he is valued by the two ancestors, the Western Queen Mother and the Beginningless Emperor, there is no telling."

Perhaps there was an old?

During the times when the Western Queen Mother and the Beginningless Emperor existed, they had also left behind all sorts of incredible legends in their respective eras.

The white dress steward's so thought.

In fact, her heart was still baffled at the moment ah.

Jiang Qiao was slightly pleased at the news and said, "That's the best, it's actually quite interesting to be able to eat some good food in the Yao Pond Holy Land."

This feast was okay.

It would at least get into his Jiang Gao's eyes.

Excellent spirit fruits and spirit meat, some innumerable goodies were served up.

It seemed that this Yao Chi Holy Land was still treating him quite well.

Spiritual fruits were served up.

What good things were there that weren't there?

When Jiang Ji's eyebrows moved, he said, "Since your Yao Ji Holy Land is so courteous, the poor can't fail to show it."

Jiang Ji murmured, "In this world, cultivation is somewhat difficult, so the poor dao will accordingly leave you Yao Ji Sacred Ground with an enlightenment tablet."

The Tablet of Enlightenment?

What is that thing?

She looked confused, "Mr. Jiang, I don't know what an enlightenment tablet is."

She had not heard of it.

Jiang Chi said indifferently, "This is a little something that the Poor Dao has left to your Yao Ji Holy Land."

"Then... then I'll thank you, Mr. Jiang." The white dress steward was slightly shocked, but it was hard to refuse.

The main thing was that they couldn't refuse.

A powerful aura slightly stirred on Jiang Mo's body, and with a casual wave of his hand, a ground of debris coalesced.

With a swift thunderstorm, a huge stone tablet was formed, on which three characters were engraved: the Monument of Enlightenment.

The white-skirted steward couldn't help but ask, "Mr. Jiang, is this... is this good enough?"

And there's no more?

The appearance of a stone tablet was also expected by her, but Jiang Xiao said that this enlightenment tablet had something magical on it.

It could enhance others' ability to comprehend the Dao.

Have you really come to your senses?

She shook her head, not doubting it, thinking to herself, "It shouldn't be possible, what could an enlightenment tablet be capable of?"

Can one comprehend the Way?

That shouldn't be possible, and that white-skirted steward of the Yaochi Sanctuary doesn't believe it anyway.

If that's fine, how about just getting a stone tablet?

It was pretty much the same anyway.

The practice of making a monolith out of congealed crushed stone, she naturally could see it all herself.

And there were a few more different tricks to it, keeping it very effective, definitely better than Jiang's lacking.

Looking a little strange between her brows, she actually couldn't help but think in her heart, "This Jiang Gongzi shouldn't be lying to me, right?"

After all, Jiang Gou didn't look like an immortal, and although she admitted to being very strong, she didn't actually think that Jiang Gou was very strong.

That white-skirted steward couldn't help but brag about those spirit meats, thinking to herself, "That should be enough this time."

Everyone wanted it, so this opportunity should be enough to stop this person's mouth.

Jiang Ji nodded, "Then I'll be polite and just eat and drink, but it's just to trouble you Yao Ji Holy Land."

The white-skirted steward hurriedly said, "Our Yao Ji Sacred Ground is originally hospitable, and we like strong people like you, Jiang Gongshi, to be guests."

"Yes. Over the years, we have accepted many existences that have come to visit the Yaochi Holy Land."

It's a bit strange.

In fact, in the white dress steward's heart, he couldn't help but sputter, "If it weren't for the two ancestors, the Western Queen Mother and the Beginningless Great Emperor, who sent down their sacred orders, I wouldn't have bothered to take care of you."

This fanfare and being so hospitable was only for the sake of the two ancestors.

Otherwise, she wouldn't have bothered to take care of it.

Jiang Chi smiled slightly, "Old Crocodile, Little Inan, you guys hurry up and eat and drink, this spirit meat is actually really good, it's suitable for your cultivation."

For a moment, the white dress steward's face looked ugly again, "Alas, I don't know if those two ancestors were right or wrong to lower the holy oracle."

It's not necessarily a good thing that she thinks it's wrong anyway.

That's what makes it creepy.

"No, the two ancestors, the Western Queen Mother and the Beginningless Emperor should not be wrong, they should have good eyes."

The White Skirt Steward thought to himself, "If you think of it this way, there should be some truth to it.

But now his behavior, well, it's a bit confusing again.

Either the two ancestors were blurry-eyed, or this fellow surnamed Jiang had other ideas in mind.

It doesn't rule out this possibility ah, it seems that I was the one who thought wrong before, this person should be hiding something.

Just why did he come to my Yaochi Holy Land again?"

Is it really just a simple matter of coming to be a guest and then walking around, looking around, and that's the end of it.

Is that too mind-boggling?

In the heart of the white dress steward who turned her thoughts around, some different thoughts suddenly came.

It seemed that the self-same ancestor should have other ideas.

She thought of more things.

After eating and drinking to his heart's content, Jiang Ji looked calm and said indifferently, "Alright, what should be eaten and drunk, and even what should be taken, now it's time for us to leave."

The trip to the Sacred Land of the Yao Pond had basically all come to an end, and it was time to leave.

He thought so in his heart.

Which holy land should be better to go to?

There were still quite a few holy lands left, but they were all in the middle of the North Star Domain, so it was just right to go forward to the middle and just wipe the whole thing out.

"Master, where are we going next?"

"Fine, let's go to the big city, just go to the lively place, according to little inan."

The middle of the Big Dipper Domain was already within his reach.

Which holy land was going to be unlucky next? 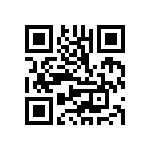