"Master, we can only reveal our prowess by being high profile."

Crocodile Ancestor said, "The era where the smell of wine is not afraid of the alley is over, and now if we don't reveal our skills, people won't even know who we are.

So, we need to be high-profile."

The Crocodile Ancestor nodded with extreme certainty as well as certainty, "High profile is just a way for us to be brought to attention, even that Shaking Light Sacred Ground's Self-Holding Sacred Ground will weigh its own fists."

At this moment, it was as if he had transformed into a think tank.

It made Jiang Kou all scratch his head.

It was truly astonishing that the one who spoke freely in front of him was actually that old crocodile.

"Master, I recommend that you release your breath completely when we descend on the Shaking Light Sanctuary, directly and explicitly, and ruthlessly routing over."

"Is that really okay, and won't cause the Shaking Light Holy Land to resent it?"

"Master, you don't understand this, no matter what, in this world, the strong are ultimately the strongest and the weak are just weak."

"Seems to make some sense."

"What's more, by going over in such a high-profile manner, we'll be able to show the Shaking Light Sanctuary your strength, and they won't be able to stop us in our next move."

Jiang Xiao felt that the old thing, the Alligator Ancestor, hadn't been reborn by someone.

There were plenty of these old monsters in the heavens.

Many of them liked to use this method to live another life.

Although it was essentially an old soul as well, although this method was hit-and-miss and did not treat the symptoms at all.

But it was possible that the Crocodile Ancestor was no longer the same as before.

He carefully sized it up and inexplicably asked, "Old Crocodile, you... you're not going to be taken away, are you?"

Who dares to take away my crocodile someone ah.

After hearing Jiang Jiang's words, he was a bit cryptic.

But he was also busy explaining, "Master, you must believe me ah, I'm your mount, I'm the old crocodile ah."

"Then how did you suddenly become smart?"

So it was actually for this.

He thought that Jiang Xiao was suspicious of himself because of something else.

Since that was the case.

He smiled and replied, "Master, it's actually all because you've taught me well, and every one of your calculations has a very deep meaning.

I've thought about it carefully and figured it out.

This is actually thanks to you, master, for giving me a chance to think, otherwise I probably wouldn't have discovered these situations."

This time it was Jiang Xiao's turn to be baffled.

He asked in amazement, "I taught you that?"

Didn't even count it myself.

Nor had he taught.

Absolutely not, Jiang Jian dared to swear to that.

How could he have taught him the old crocodile himself.

The next moment, Jiang Jiang continued, "Alright, let's not talk about this matter, you'd better talk about the high-profile matter first, we'll have to plan for this matter."

The premise was that it was really feasible.

And it had good benefits.

Otherwise, this plan of Crocodile Ancestor would still be overturned.

Upon saying this, the Alligator Ancestor came back to life full of blood.

As if transforming into a reincarnated Zhuge Liang, he continued, "Master, think about it, firstly, we don't know each other very well, and secondly, we don't have much fame either.

In conclusion, whether it's the holy lord of the Shaking Light Sanctuary, the holy son or the holy daughter, they don't really know who we are and what kind of cultivation and skills we have.

Therefore, we need to proactively show them, to make them feel that we aren't lying, that we are truly capable people.

Whether we go to negotiate with the Shaking Light Holy Land or use strong force to force them to compromise, it's fine and easy to do.

What do you think of these masters?"

He had a pleasing look on his face.

It would be great if these ideas were actually adopted by Jiang Xiao.

At the very least, it would prove one thing, that his crocodile ancestor was actually useful and of great use.

Not so much that it would be forgotten by Jiang Lack one day in the future.

He knew very well that Jiang Lack was a big man, a very powerful person, and even the legendary Ruthless Emperor was not taken seriously by him.

It must be somewhat capable.

I just didn't know who was more powerful when the two of them really compared.

A high profile would be right.

"Okay, just do as you say, you have full authority to handle this matter."

Sort of approving of the crocodile ancestor's proposal.

He also felt that everything the old crocodile had said made sense.

It was also for his own good.

The crocodile ancestor thought so too.

"Master you are brilliant."

The Alligator Ancestor cheerfully said, "Master, this is all you need to do next..."

He explained his plan in detail.

Jiang Qiao nodded his head from time to time, agreeing with the old crocodile's words, from this moment on, he felt that the crocodile ancestor was actually not useless.

There were still some uses.

At least it was useful right now.

The sun was hanging high in the air, very bright and dazzling.

Jiang lacked reference to the alligator ancestor's suggestion and improved some more, greatly enhancing the chance of exposure and increasing the likelihood of high profile.

In which originally empty void, their group of three slowly flew in from afar.

That's right, they flew in.

It wasn't anything unusual, cultivation to a certain level could even tear the void, let alone flying.

The Crocodile Ancestor didn't feel anything.

It's just that this time, Jiang Jian's flight was different.

It was the soaring clouds.

Also, Jiang lacked the ability to release his momentum as requested by the Alligator Ancestor.

All of the momentum.

That is, his early Earth Immortal realm cultivation momentum.

In a single moment, it crumbled towards the range of that Shaking Light Sanctuary.

The majestic pressure was vast and heavy.

The Crocodile Ancestor had personally felt it, and it was absolutely powerful, absolutely incredible.

It was because he had once been unable to mobilize even a single drop of power under the imposing pressure of Jiang Jian's Qi.

This time, it was even more terrifying than the time on the Fluorescent Ancient Star.

It was only after this that the Crocodile Ancestor suddenly understood.

His own master hadn't even unleashed his full might before.

"The master is really terrifying."

The Crocodile Ancestor thought silently in his heart, "I wonder if anyone from that Shaking Light Holy Land has a brain that's not working?"

In the Crocodile Ancestor's opinion, even if the Ruthless Emperor came out, he would be able to mobilize some power.

But he couldn't mobilize at all in front of Jiang Qian.

This was the truth.

It was also the best proof of strength.

There was nothing he could do about it.

The Crocodile Ancestor also became more and more confident in Jiang Lack and rejoiced even more, "This fact after fact has proven that all my various choices are correct."

He was rejoicing in his heart anyway.

Those powerful existences might all have to scramble to come.

Because Jiang Chi was an Immortal.

And in a way, he was an immortal beyond the category of human, already transforming towards the Celestial Immortal.

Even that Immortal Immortal Emperor, even that emperor who claimed to be a Red Dust Immortal, could not fight against him, Jiang Gui.

Jiang Hou already had a bit of a plan for that.

The Alligator Ancestor, on the other hand, was still guessing.

As for the little inan, she was confused.

However, as long as brother was strong, it would be fine.

The future would be infinitely predictable.

She would be happy.

To her, her brother was everything.

At this moment, it was a terrifying event for the entire Eastern Wasteland Southern Region's Shaking Light Holy Land.

The Sovereign of the Shaking Light Holy Land was discussing things with the Sons and Daughters.

"I'm not opposed to you guys going out for training, but the outside world is not like our Shaking Light Holy Land."

The ones who disagree, or fight and kill because of their treasures, are countless.

So you must bring enough guards with you, and the elders of the Holy Land should bring some over as well."

The Sons and Daughters of the Shaking Light Holy Land listened respectfully.

Not daring to have the slightest discontent.

To them, this was golden advice.

Although the outside world was beautiful, although there were many opportunities out there.

After all, no one knew how strong the others were.

And in the outside world, there were arrogant heavenly beings as well, not to mention there were still some so-called God Sons.

That was also powerful.

However, that Sovereign's words had just fallen.

There was a terrifying imposing pressure that swept over from far and near.

Their faces were pale white.

Don't go on an exercise this time.

There was a big person arriving, and it was a real kind of big person.

How powerful it was to be able to mightily oppress the entire Southern Region and the entire Shaking Light Sacred Land just by virtue of momentum alone.

It was terrifying to think about.

It was really hard to say anything else.

They began to discover a terrifying thing to come.

The true essence in their own bodies seemed to be... unable to function.

Isn't that a little too weird?

Not even the Saint Lord could resist that imposing pressure.

At this time, this Sovereign looked horrified, "I don't know if the Extreme Emperor Soldier can block this terrifying pressure."

Because his heart was also extremely confused.

An existence that was able to unleash this kind of pressure must be an amazing existence.

"Although our Shaking Light Holy Land has always been a bit brutal and tyrannical, it has never provoked a strong person of this level ah."

This Saint Master of the Shaking Light Holy Land wanted to cry.

Where did this offend the big brother?

Ask the holy sons and daughters, and they don't know either.

Ask the elders of the Holy Land again, and those people were equally unaware.

It was as if that terrifying aura had really just appeared out of nowhere.

And he also had a feeling that this terrifying breath was actually coming at them from the Shaking Light Sacred Ground.

There was just no proof.

At least not at the moment.

In the face of this powerful atmosphere, the people of the Shaking Light Holy Land, from the Sovereign to the ordinary mere mortals, were dazed and confused.

This time it seemed to be a bit of a big deal.

The people of the Shaking Light Holy Land all said that we don't know anything.

There seems to be a feeling that people are sitting at home and misfortune is coming from the heavens.

And this feeling is still strong.

They didn't offend anyone either.

"I don't know if the Extreme Emperor Soldier is useful."

The Sage Son and Sage Daughter were both secretly guessing, their hearts infinitely bitter.

The heavens and the earth still had such a powerful being, and this was afraid that he had already become an immortal, right?

Even great emperors would never be able to do that again. 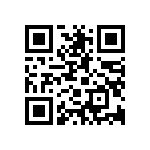