And this fact was confirmed because of a technique.

A technique that was unique to the Fierce Man Emperor.

If not for its inheritor, if not for its descendants, there would never have been a Ruthless Emperor's legacy.

The others could still be suspected a bit.

But there was one thing that absolutely could not be doubted, and that was the power practiced by the legendary Fierce Man Great Emperor.

The reason why it was called the Heaven Swallowing Demon Technique was because this peerless and monstrous technique was actually created by the Fierce Man Emperor.

When she was once magnificent, her qualifications were originally mediocre, and her talent was originally very ordinary, but as time went on, the Fierce Man Emperor hardened his talent and created the Heaven Swallowing Demon Technique.

With this, he absorbed the origin and talent of others and took it for his own use, which is how he became the current Fierce Man Emperor.

The wind and splendor of a lifetime, all of it was the might of that Heaven Swallowing Demon Skill.

Jiang Ji muttered, "This point is not considered a secret in the entire Big Dipper Domain, they really do have the Heaven Swallowing Demonic Merit, and this is the best proof that they are the inheritors of the Ruthless Emperor."

Anything else could be left out, but the Ruthless Emperor's Heaven Swallowing Demonic Power must be obtained, it was a good thing.

"It can't be said that it will also allow my Ninth Grade Daoist Skill to carry a certain devouring characteristic."

After thinking of these circumstances, Jiang Chi smiled, "O Old Crocodile, you should work hard next, don't fail to live up to the expectations of the poor Dao for you."

The Crocodile Ancestor was overjoyed and said incessantly, "Master, there are countless techniques in the Shaking Light Sanctuary, you will definitely gain more this time."

He also knew that Jiang Qian was particularly fond of that cultivation technique and secret art.

The exact reason was unknown.

But one thing was certain, this master of his own definitely had extraordinary skills, he knew this.

Jiang Ji nodded and said, "The Shaking Light Sacred Ground has existed for so many years, after all, it is claimed to be the dao of the Fierce Emperor, so it definitely has some kind of foundation."

"Master, is that Shaking Light Sacred Ground really the dao lineage of the Fierce Man Emperor?"

He had also heard of this legend, but he wasn't too sure what kind of existence the Ruthless Emperor was after all.

She was a banishment-like powerful existence.

It was definitely not something that ordinary people could fathom or imagine.

That is to say that that person was actually famous when his crocodile ancestor was still wandering in the Big Dipper Domain.

For him, it was also shockingly powerful.

With him around, one was invincible.

The human race was the topmost race.

The Ruthless Emperor, on the other hand, was fierce, and her fierce reputation was so well-known that basically everyone was horrified to hear about it for fear of being missed by that Ruthless Emperor .

And for this reason, it caused the Fierce Man Emperor's fierce name to be terrifying, even the Alligator Ancestor had some scruples.

Jiang Ji nodded and admitted, "But the Fierce Man Emperor is still in a deep sleep, so there's no way she'll wake up because of us, nor will she be able to stand up for the Shaking Light Holy Land.

To put it bluntly, even if that Fierce Man Emperor were to come out, the poor Dao would not fear her in the slightest.

The first thing you need to know is how to get the best out of a woman.

She's not a Red Dust Immortal, and she hasn't really become an Immortal, so what's the point of being afraid of her?"

So easy to say.

He suddenly felt like his master was saying it really simply, as if it were normal.

"This, is probably the difference between me and my master."

"A master is a master, not even a fierce emperor is in his eyes, that's amazing."

The Crocodile Ancestor thought to himself, "It seems like he should be bound to go to the Shaking Light Holy Land this time, and I will be able to gain great benefits as well."

It was really good.

He had been sealed and suppressed by that Buddhist sect's Sakyamuni on the Fluorescent Ancient Star, and with ten of his cultivation gone, he was now recovering bit by bit.

However, this recovery required tremendous resources to prepare, such as that great medicine of the Shaking Light Sacred Ground.

Only, it wouldn't work according to Ancestor Crocodile's idea.

That strain of the Greatest Medicine might not be available to him, and it was very likely that it would fall into the hands of Little Inan.

The Crocodile Ancestor knew this and had no other thoughts, "Although the Ultimate Great Pill may not be obtained, I can get a portion of the other cultivation resources of that Shaking Light Holy Land."

In short, by putting himself into action, he would gain something in terms of sharing the benefits.

Thinking of these circumstances, the Crocodile Ancestor's heart grew happier and happier, "This has endless benefits for myself as well."

Cultivation required resources, especially in this side of the world, and even more so, it required countless techniques to do so.

If there were no resources, his Alligator Ancestor might have died somewhere long ago.

"Now that I'm in this broken body, I should be recovering soon."

As expected, if you followed a big brother like Jiang Chi, you would have meat to eat.

Or at least a little bit of soup.

At this time, Jiang Di continued, "Old Crocodile, do you know anything about that Shaking Light Holy Land regarding merit methods?"

He was slightly stunned, but still explained, "Master, I don't know anything about this, but there is something about the Shaking Light Holy Land that I heard many years ago.

At that time, I hadn't yet been sealed and suppressed by that old monk Shakyamuni.

Unfortunately, I didn't know about it later.

But thinking that the Shaking Light Sacred Ground, being a hallowed place and the inheritance of that fierce emperor's dao, must have many techniques."

There were a lot of circumstances that he was unclear about.

In a way, he probably didn't know as much as Jiang Qiao did.

Although Jiang Hou was on the verge of forgetting it, he could still recall some of it from time to time.

That was good stuff.

"If my Ninth Grade Dao Power can also carry a bit of devouring effect as a result, then it will be much easier to refine those origin forces every time."

Jiang Xiao thought so, "And how good it would be to have the various holy arts and treasures of that holy land."

This was a technique unique to the Fierce Emperor.

It was because of this technique that the Fierce Man Emperor was able to become a generation of great emperors with a fierce reputation.

Jiang Qiao was somewhat looking forward to it, and in fact he was only guessing about this matter.

Not all of it.

Most of it was possible.

It was just that he was asking these questions of the alligator.

He had no idea.

The Alligator Ancestor bitterly shook his head, "Back to the master, I don't know either, shall I go poke around?"

He knew that his own master cared a lot about feats, secret arts and the like.

It was also very attentive.

This was a little too attentive.

The Crocodile Ancestor was secretly surprised, "If given enough more time, master he shouldn't go to the Vicious Man Emperor, right?"

In that case, it's a big deal.

The name alone is enough to intimidate many people.

It made many people intimidated and discouraged.

Not daring to be dissatisfied in the slightest.

She stood for fierce and ruthless!

If the Beginningless Emperor represented the end of the Dao, then the Fierce Man Emperor would make many cultivators in the North Star Domain afraid.

She was able to achieve such an effect.

Thinking about it makes me nervous.

He suddenly thought again, "It shouldn't be like this, Master just asked me this, there should be another deep meaning.

However, I had never heard of the master's name.

He... it was as if he had appeared out of nowhere, never heard of him before and never seen him before.

By all rights, an existence as powerful as Master is at least at the level of Great Emperor's cultivation strength, and shouldn't have become a Great Emperor only after I was suppressed by the Sakyamuni Seal.

However, it's not like I don't know about his existence.

Could it be that master he still has a great origin?

So, even if he has to face that for the Ruthless Emperor, he's not afraid at all?"

It's still a real possibility.

It's a little scary to think about getting excited a few points up.

At this moment, the alligator ancestor was actually more afraid of his master.

"Did I know the secret of my master?"

For a moment, the alligator ancestor only felt creepy, "If that's the case, will I be killed directly by my master and then silenced?"

"No no no, I'm the master's right-hand man now and it's not like I'm going to talk nonsense."

Crocodile Ancestor thought to himself, "So the master shouldn't kill me to silence me, well listen to his tone.

It's very likely that I was told to find a way to get more techniques in the Shaking Light Sanctuary, after all, his old man has a penchant for techniques."

That must be it.

After thinking it through.

Crocodile Ancestor then felt all in a cheerful mood, "Ghostly Ran, then it all makes sense to explain everything."

That must be what the self master was thinking.

It was unbelievable, but that was the truth.

But in reality, this is highly unlikely.

So we don't need to worry at all, we just need to go over there with a high profile."

The crocodile ancestor's words made Jiang Gou stunned and said under his breath, "Oh no, this old thing is starting to get brainy again, but he's got some sense.

Forget it, I'd rather not tear him down."

Although he, Jiang Someone, hadn't thought as deeply as the Alligator Ancestor had thought.

But at this moment.

Jiang Jiang still decided not to interrupt, not to break it down.

Otherwise, his Jiang Someone's high and mighty image might have to come crashing down.

"Old crocodile ah, tell me, how do you want to be high profile?"

With a raised eyebrow, Jiang Ji asked, "You've been quite clever lately, and the poor dao would like to hear your thoughts, so tell me!"

The Crocodile Ancestor was delighted at the news and said, "Master, it's like this, we..." 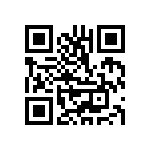