A roaring sound rang out and the crowd's eyes turned with it.

But by this time, everyone had been caught up in the scene in front of them.

It was truly too horrifying.

Seeing Jiang Lack, with a slight flick of his hand, there was a powerful and invisible force that lifted the small crocodiles around him off the ground.

And the little crocodiles that landed on the ground never got up again.

This sudden scene really made Ye Fan and the others a bit dumbfounded.

"My goodness, who can tell me what's going on here?"

"That shinigami actually has that kind of power, what a joke, isn't he just as mortal as we are?"

"Look at him, where does he look like a mortal, he's clearly... clearly a big brother."

"Yes, such a big man, it's really forgiving that our eyes are clumsy, we didn't even see it before."

"It's finished, we all called him a prodigy before, he shouldn't have thoughts and resentment towards us, right?"

"This man is powerful and has a strange history, we're not that group of crocodiles, but even the crocodiles can't stop him, we're afraid..."

There was really great terror.

Especially now, with all these situations, they didn't have any skills to speak of ah.

Not to mention confronting Jiang Lack.

They couldn't fight it at all.

What if they encountered some horrible things coming, what would happen to themselves and others?

Can't seem to do anything about it.

That was even worse, and now they were all expecting Jiang lacking to be eaten a little by those crocodiles, which would be best.

Saves them from being on edge.

But the truth was.

With this reality, the group of little crocodiles on the Fluorescent Ancient Star who wanted to eat him probably wouldn't have the chance to cultivate for another eight hundred years.

It was probably impossible.

The thoughts and expectations of those classmates of Ye Fan's would probably be dashed as well.

Even if it was Ye Fan, they would have to look up to it.

"Everyone should just pray." Ye Fan said slowly, "He's not a prodigy or a mortal, but rather like a legendary cultivator with unimaginable abilities."

"Ye Fan, you're on better terms with him, why don't you put in a good word for us all when he comes back later?"

Someone started to suggest it, thinking that it was a good idea.

By letting Ye Fan appear, they wouldn't have to face Jiang Lack directly.

It really didn't have the guts to feel a bit timid.

After all, they had all witnessed the scenes where Jiang lacked the ability to kill those little crocodiles.

What they had personally seen.

So, this heart was also a little scared, not knowing Jiang Liao's mighty return.

But now, knowing was different again.

The corners of his mouth twitched, but he couldn't help but say, "Don't, let's all just deal with it on our own, I don't get along with him very well either, and although he's always bragging about me, I think we have a really average relationship."

After hearing these words, his group of classmates' faces darkened.

One by one, they were all gloomy and hated to fiercely dislike Ye Fan right now, and if they didn't know that it wasn't the right time right now, they might actually have to do so.

Even if they were to do so, it didn't matter, anyway, what Ye Fan didn't care about, neither did Jiang Lack.

Ye Fan shrugged his shoulders and continued, "I advise you guys to better not have some other thoughts that you shouldn't have, he can easily kill those crocodiles just as easily as he can kill you."

No one has ever been harder than a crocodile's bones, ever.

Those classmates of Ye Fan's were silent, but they didn't listen to his words.

For them, Jiang Xiao was powerful, but he wasn't surrounded by those little crocodiles yet.

So, this was their chance.

A chance to live, a chance to get rid of Jiang Lack and that group of crocodiles.

As long as they could successfully get rid of them, it would be enough for them to remain alive.

After thinking about these situations, someone suddenly said, "Let's get into the coffin, just close the lid and don't let him in, won't that be enough?"

When the coffin next departed, Jiang Di would be able to be isolated from the coffin.

At that time, he would remain on this Fluorescent Ancient Star forever.

This seemed to be a solution, and a good one at that.

When this idea was spoken out, others around the area also began to be smart and also speculated on the feasibility of this method.

After thinking about it carefully, it seemed to be really feasible.

As long as Jiang couldn't get into the coffin, even if they were angry, it would be useless to take them.

Not to mention, they thought that now that Jiang was trapped by that group of crocodiles, this was their chance.

"Everyone must work together ah, let's quickly retreat into the coffin and put the lid on again."

"That's right, all of us were offended by this divine rod earlier, once he doesn't like the way we look at him, he will most likely throw us all out to feed the crocodiles."

"Even if it's you Ye Fan, it's better not to have any illusions or hopes about that man."

"Yes, yes, let him fight those crocodiles outside, isn't he powerful? Then let him kill it all."

This group of people encouraged each other to cheer each other up, and then they didn't put Zhang lacking in their eyes.

Even if it was Jiang Gou, there was no way that they could lift the coffin lid to find them.

What's more, there was still a group of crocodiles besieging him outside, so Jiang Lack should be unable to defeat them with two fists.

At least, that's how it seemed to those students of Ye Fan's.

Unfortunately, they didn't know that Jiang Lack was a powerful existence at the early stage of the Earth Immortal Realm.

Naturally, they were also unaware of how many powerful, strange and mysterious methods an Immortal like Jiang Lack had.

"You can't do this, at any rate, we're all here together, how can we leave someone alone?"

Ye Fan frowned and said, "What you guys are doing is really too selfish and selfish, it's damaging to others.

Ye Fan's meaning was simple, when Jiang Che returned to his senses he would definitely take action against them, especially those selfish classmates of his.

With a cultivation and strength as strong as Jiang Che's, who could compete with him?

Therefore, Ye Fan felt that the idea of his classmates was a bit undesirable.

"Ye Fan, who exactly are you classmates with? Whose side are you on?"

"That's right, we're the only ones in the same class, we're a collective, you should be thinking of us as a collective, not of that divine stick."

"Ye Fan ah, see if you mean that because the other party is bragging about you, so you feel that you really have the so-called great emperor's posture?"

"Hmph, Ye Fan, we're about to enter the coffin, you can enter it or not, we're going to close the lid anyway."

A few words were not right, and the two sides had said they were facing off.

Even at this moment, Ye Fan couldn't help but frown, "You are offending people by doing this, you will definitely regret it."

Of course, whether these people would regret he didn't know, and he might not see that day.

Now he also had to enter the coffin because there was still a part of the crocodile coming towards them to attack.

At this time, only entering the coffin would be the safest.

As for Jiang Lack, Ye Fan secretly sighed, "I hope he's not an indiscriminate killer."

Otherwise, even if they hid inside the coffin, it might not be safe.

After all, with that strength of Jiang Lack in front of them, even if they fled to the ends of the earth, they probably wouldn't be able to stop someone from taking revenge.

What's more, Ye Fan had witnessed the scene where Jiang Xiao killed those crocodiles with his own eyes.

It really felt like those students of his had no chance of winning, not at all.

It was also important.

They didn't actually have anyone who had the ability to control that Nine Dragons pulling the coffin.

In other words, even if they put the lid on the coffin, it might still be opened by Jiang Xiao eventually.

When he retaliated at that time, who could withstand it?

No one should be able to handle it, not even that crocodile after all, let alone them.

Ye Fan wanted to dissuade the crowd, knowing that if he didn't, it was likely to cause all these students to go astray.

The consequences would be unimaginable if they were retaliated by Jiang Lack.

It would be too terrible.

Thinking about it made him feel bitter, and he secretly said, "No, I have to stop them no matter what, even if I have to save them for the sake of the fact that we were once classmates, after all, it's all a living life."

It wasn't that he, Ye Fan, had to save and be the one to save the world.

It was because it was actually for his own good to do so.

Next, there was no telling what was going to happen, and there was always a way to solve it with the strength of many people, but if it was just him, there were things he would need to face personally.

In other words, the cannon fodder would be gone by then.

And if all of his classmates were still around, there would be enough cannon fodder to test it out.

Although he hadn't thought about the cannon fodder thing in his heart, this kind of thing was actually obvious.

"Ye Fan, don't pretend to be a nice guy either, if you're able to, just wait for him outside, what are you doing in here?"

"That's right, listening to you, Ye Fan, talk plausibly and seemingly, but in reality, you don't even care about our fellow classmates' friendship, instead you care about an outsider, what kind of classmate friendship is that!"

"Ye Fan ah, what kind of old man are you pretending to be, it's already this time, can't we just find a way to return to Earth in peace ah."

"Hmph, that divine rod is just a divine rod, even though he has some special methods and skills, so what, we've already made a grudge against him anyway, so let's just get it over with."

But in Ye Fan's opinion, this matter wasn't simple at all.

Even if they were able to return to Earth, with Jiang Lack's strength, they could easily go to Earth to retaliate against them.

So, they couldn't escape, they might as well face it head on, maybe there were all sorts of possibilities.

They all didn't believe it.

Or rather, they wanted to run away from this world, to get away from Jiang Xiao.

To go back to Earth and live a peaceful little life, didn't it smell good?

Ye Fan was somewhat at a loss, in this unconsciousness, he seemed to be separated from all these classmates.

Was he so hated by people? 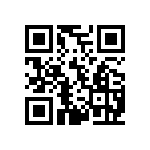