Jiang Xiao did not go to befriend, he was still waiting.

After watching Ye Fan and the others go up the mountain, he thought about it and followed.

Maybe they could see a magical scene.

For example, the legendary gods, such as the Nine Dragons La Pavilion she was expecting.

"If all of these appear, then I'll be able to determine which world I reach."

This confidence Jiang lacked still had.

But this so-called hope didn't always turn out to be reality, ah.

Jiang Xiao mumbled and quickly followed behind Ye Fan and the others, he would like to see what was going on with these people.

After thinking of these circumstances, Jiang Xiao followed up to Mount Tai.

Everything was the same, as if nothing had happened.

Jesus Christ, you're playing with me, right?

Taishan remained unchanged, still so calm, still so ordinary, one could not find anything to be afraid of.

Jiang Mo looked a little lonely and also a little cryptic, "What the hell is going on, am I thinking wrong?"

Were your own guesses wrong from the start?

Then what do you come to do with yourself?

For a while, Jiang Xiao was a bit cryptic and also looked depressed.

Had he known that, he wouldn't have come on this trip.

However, there was no way to do so now, and it might not be good if he left immediately instead.

Adhering to the principle of coming here, he firmly intended to continue following Ye Fan and the others to take a look.

Maybe there would be something good in a while.

Or perhaps it would be possible to find out that things were different after a while, or that the plot had already begun.

Of course, no matter what was happening now, he needed to continue, he couldn't just leave like this.

That wasn't his Jiang someone's style.

So it had to continue.

Otherwise there was no telling what was about to happen, even though Tarzan felt ordinary and calm to him.

However, there was a moment when Jiang Xiao's heart actually started to feel different.

There seemed to be something big happening.

If that was the case, it would be somewhat staggering.

"Could it be that there is an even more powerful force that has blocked my investigation of Mount Tai?"

How else to explain the things you feel.

There was no way to explain it.

What he felt was just a feeling, though he thought the situation might not come true.

It was hard to say about such things, and no one had ruled that there wouldn't be an existence in this world that was even more terrifying than his.

Jiang Mo's gaze fell on Ye Fan throughout, and he felt that Ye Fan had the posture of a great emperor.

Nothing else, it was just a feeling.

Although it wasn't necessarily accurate, Jiang Guoxiang thought that his senses were always accurate, so there shouldn't be any problems.

After thinking of these circumstances, Jiang Xiao suddenly believed Ye Fan a bit, "If that kid really has the posture of a great emperor, then this side of the world might be a powerful world."

Just that, was Ye Fan a great emperor or not?

This was something that Jiang could only feel, but had no way of knowing for sure, so if something happened, wouldn't it be bad.

He had already seen a lot of tourists on Mount Tai, which was originally a tourist destination, a place where ancient emperors liked to seal their meditation.

No matter how many secrets had been hidden here throughout the ages, just because it was revered by many emperors, this place was worth a look.

This was true for Ye Fan and the others, and it was no less true for Jiang Xiao.

They all wanted to see just how much evil this place had to offer.

Or rather, it was actually quite good to go and see all these benefits.

Ordinary, and yet very ordinary.

It was as if it was an extraordinarily ordinary mountain, and the mountain had long since been developed by the state to make one tourist group after another.

With some artificial sculpting and processing, so there were quite a few good things to ride here.

It's not just about consumption.

It's not just about spending, it's also about having mental fun.

Jiang Gou's gaze was burning and divine, "It doesn't look like much has changed, but I'm getting more and more uneasy in my heart, as if something really scary is about to happen.

Jiang Xiao knew that he probably couldn't avoid it.

That was a good thing.

At least that's how it seemed to him, but his heart was clear.

Next, Jiang mumbled to himself, "Now it seems that this Tarzan is actually not simple."

Or rather, not as simple as he thought it would be.

He was cold and continued to think, "Everything is like a dream bubble, but that Ye Fan is indeed somewhat extraordinary, and if I'm right, he should be even more terrifying than I imagined."

Of course, not the current Ye Fan.

Mount Tai was right in front of him, suddenly appearing somewhat lofty and domineering, looking down like a blade.

It rolled and moved.

Jiang Mo's gaze sank, and he looked appalled as he said to himself, "In that case, my previous guess might be right."

He was well aware that the current situation was starting to get closer and closer to what he had imagined.

"So, this should be a nice world."

At least, it was pretty good for him, and if he wasn't wrong, there should be an endless number of feats in this world.

It would all be his Jiang someone's when the time came.

It could be nice.

After all, this world had gone through one era after another.

Although none of those eras had been personally experienced by Jiang Hou, once upon a time he had seen records about them.

That era after era were all real, and all had countless merit methods and scriptures passed down.

So, for Jiang Qian, this was a good thing.

He felt excited just thinking about it.

Not at the moment.

He was waiting for Tai Shan to change, after all, in his impression, the Tai Shan in front of him should be more than just Tai Shan.

Therefore, there should still be certain incredible changes, "I should witness such a change."

You can't just dissipate without caring about anything.

He would like to see what kind of terrifying things and how many incredible existences there were on Mt. Tai.

It might also be able to call for some growth.

Jiang Qian thought like this, "Let's just wait and see, maybe that Ye Fan really is that Ye Fan with the posture of a great emperor."

If this Ye Fan in front of him, he really was the Ye Fan he imagined, then there would definitely be a vision happening.

And the time was almost up.

As the sky grew later and later, and as the time became more and more immersive, Jiang Jiankou's consciousness exuded and had gradually felt a terrifying atmosphere descend.

And it was the kind that descended from the sky.

It was as if an old, austere, and mysterious aura was emerging, and even on Mount Tai, it was beginning to emanate from this atmosphere.

He could even feel as if something was awakening at Mount Tai.

It was a very special feeling that felt inexplicable, as if it was just happening all of a sudden.

Neither had a prelude.

Or rather, this was the prelude to the endless visions that followed.

Jiang Xiao was actually a little envious of Ye Fan, "As expected, it's good to have a good sister, at least you don't have to worry about anything."

Isn't it good to cultivate Immortality properly, and everything will be on the right path.

After thinking about these situations, Jiang Chi was somewhat cryptic, "People are so angry than people.

I don't know if my current cultivation of Jiang Ji is comparable to others."

Not good to say.

He felt a bit appalled by this matter, "Which other people, which one isn't going through a thousand difficulties."

But this Ye Fan Ye Hei Zi was a bit different, people had a sister with monstrous strength.

People's paths had already been paved.

Quietly, a terrifying force had begun to erupt from Tarzan, sweeping the impact.

It was truly a bit gobsmacking, "So it's a seal, this Tarzan actually has a terrifying seal, and its power isn't weak.

When there was nothing touching the seal, the seal was just a seal and would not reveal anything.

When the seal was touched, the situation was different.

Mount Tai was no longer as it was before, and it was no longer an ordinary mountain, but now it became magnificent and domineering, becoming even more overbearing.

"It looks like it's almost time for the one I guessed."

When the seals on Mount Tai completely melted away, when those terrifying power methods drove away, and when that bus arrived, it should be on its way.

After all, the passengers would have already arrived.

Now was just the beginning.

Whether a bus would still arrive in the future, Jiang Chi didn't know, but he knew that the seal on Mount Tai was for that bus.

Once it arrived, the follow-up was feared to be impossible.

Only if he left the Earth and went to the more expansive and boundless world could he go to certain holy places and the like and find more cultivation techniques and scriptures.

Because that was all he could do.

Ye Fan wasn't at all clear that he was actually already missed by Jiang Lack.

No matter what, this trip to the bus Jiang Lack would have to take a hitchhiker.

After all, to fly directly over there on his own cultivation strength, it would still be a monkey's journey.

Although, his Jiang Chi Jiang Someone's Earth Immortal cultivation was sufficient to fly there, the time it would take was an unknown quantity.

So he was not willing to take the risk.

If he could catch a ride on this bus, Ye Fan, then it would be able to save a lot of time ah for Jiang Chi.

That was also good.

It would be a son of a bitch not to take advantage of it.

Jiang Xiao felt that he wouldn't be that kind of fool, anyway, he was just like those classmates of Ye Fan's, just a little hitchhiking.

Not afraid at all.

After all, Ye Fan had so many classmates to hitchhike with.

And it's bound to work.

And he's bound to get on this bus, too.

Jiang Xiao was not sure if something would happen because of his arrival.

Of course, he was hoping that it wouldn't.

That would be even more beneficial, and Jiang Qiao was looking forward to it all for that.

So, he would actually be able to find more techniques and scriptures in a short amount of time?

The idea was beautiful.

It seemed that everything was in his Jiang Xiao's plan.

Just waiting for the start of that incredible moment of astonishment.

Jiang Guiao began to long for it, it might be a personal show for him Jiang Guiao ah. 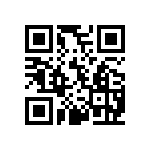