Actually, those from the Heaven's Gate had no idea about having a cultivation exchange with those ordinary disciples of the Hao Ran Immortal Sect.

After all, that was too meaningless.

There was no pursuit either.

There was no way for them to communicate with a bunch of weaklings ah.

That's right, on the entire Hao Ran Immortal Sect, other than Jiang Xiao and Huang Rong, they couldn't look up to any of the others.

You know, they were all arrogant, and they all had high standards.

If it wasn't for Jiang lack's presence, and the sermon deal, they would never have held this casual exchange.

This was also the reason for selling Jiang Lack a face.

By exchanging with those ordinary Hao Ran Immortal Sect disciples, they would also be able to gain a favor from Jiang Lack.

Maybe in the face of this favor, he would mention a few more words, and sometimes it was the kind of more crucial words that worked.

So this Xiu Xian exchange meeting, they held it willingly.

As for Jiang Xiao, he also wished to see the growth of the disciples of the Hao Ran Immortal Sect.

For the ordinary disciples of the Hao Ran Immortal Sect, to be able to get in close contact with the heavenly gates of the Central China Immortal Sacred Land, as well as exchange their experiences in cultivating immortality, this was a pie in the sky for them.

This vast exchange of immortal cultivation began in the arena of the Hao Ran Immortal Sect.

And it was constantly absorbed and learned from by some of the people listening.

It would definitely be a good thing if one could constantly improve and add to oneself.

This was the same regardless of whether it was those Heavenly Gate's pride, or those ordinary disciples of the Haoran Immortal Sect.

The Green Xuan Continent was huge.

It wasn't so much that people with mediocre talent and qualifications didn't have other good ways to do it, after all, on the path of immortal cultivation, everyone had their own experiences that they could learn and learn from.

In the beginning, those pride of Heaven's Gate felt that the ordinary disciples of the Hao Ran Immortal Sect might not provide them with too much useful information.

But as time went on, and as this immortal exchange developed further, they came to deeply appreciate that the ordinary immortals were actually very experienced and had a lot to learn from and learn from as well.

"I never would have thought that this group of ordinary Immortal cultivators from the Haoran Immortal Sect would have unique insights, this is definitely not something that those brothers and sisters from our Heaven's Gate could have imagined."

"Yeah, I was actually shocked, I never thought that these people would still have such skills."

"So, I'm increasingly looking forward to Jiang Zongzu's next sermon, that might be something to look forward to as well."

"That's right, Ancestor Jiang is a powerful generation of this Hao Ran Immortal Sect, with a cultivation and thorough strength, stronger than many of the elders we've seen, his personal sermon shouldn't be bad."

"So if our luck is good this time, we might all be able to take this opportunity to make a breakthrough."

"So, we've already gotten results from this trip's adventure?"

"Yes, maybe many people are envious, they don't get that chance."

The immortal exchange continued, and the disciples of the Hao Ran Immortal Sect, and those of the Heavenly Gate, had begun an unprecedented exchange.

There were even some initiatives to start a cut-throat exchange, which was more intuitive and more direct at the same time.

It looked quite extraordinary.

Jiang Ji's gaze flickered while he thought, "It seems that this immortal exchange meeting has been a success."

Although, in the beginning, those Heavenly Gate's Celestial Pride had agreed to hold this Immortal Exchange Meeting as a result of him, Jiang Gou Jiang.

And those ordinary disciples of the Hao Ran Immortal Sect were actually not all useless people, well.

So he had some other thoughts in his heart, "Perhaps the next deal between this seat and them will be successful as well."

After all, no one would be able to refuse a sermon from a strong cultivator of the Human Immortal Realm.

A cultivation like his was actually not considered weak even in the entire Green Xuan Continent.

After all, in a sense, Jiang Xiao had already become an Immortal.

He was already on the path of cultivating immortality and had achieved extraordinary results.

With such a fact in front of him, there was no way for those pride of Heaven's Gate to remain unmoved.

If they just came out for a lap of training, when they returned, their cultivation would have grown by a fraction.

It was also something worth showing off and celebrating for them, after all, they had never experienced such a good thing before.

This kind of thing right now was the best and the most meaningful.

Regardless of Jiang Xiao's thoughts, this exchange was still going on, "I wonder when these people will be finished?"

Jiang Qiao spat in his heart.

Although, this so-called Immortal Exchange Meeting had actually been proposed and promoted by him.

However, this so-called exchange might not be able to end in a short period of time.

Because those people, the exchange that both sides were having was an unprecedented exchange.

But the truth was.

They had each gained good benefits during this immortalization exchange, so it might not end for a while.

After all, there was still a lot to exchange between them.

Fortunately, Jiang Xiao was a relatively sensible person, and he felt that he should give these people an explanation.

Then he instructed, "Since both of them are willing to openly communicate with each other, let this exchange continue."

The time, Jiang Jian set it at three days, and he felt that three days was actually easy to complete.

And it was also enough.

After three days, when they each went to digest for a while, then the sermon exchange would be perfect.

Therefore, Jiang lacked a beautiful mood at the moment, and he felt that he might have promoted something historic.

Previously, there had never been any cultivation exchange, and never before had he heard that some heavenly pride would be enthusiastic about an ordinary first.

It was really good.

Jiang Jian's heart couldn't help but be happy, "It seems that this seat's thoughts are still forward-looking.

The next step is to obtain the Heaven's Gate Cultivation Technique in their hands.

Although immortal cultivation methods are precious to everyone, this seat must obtain them.

A technique would mean upgrading the grade of the Nine Daoist Techniques, and it would mean having many origin powers.

In this way, this seat would be much more convenient.

For a moment, very beautifully, "If they can obtain more, they should actually be willing to do so, right?"

Suddenly, Jiang Xiao's heart so remembered that he revealed a mysterious, strange smile.

He continued, "You heavenly pride from the Heaven's Gate, don't blame me, I can't do anything about this matter."

Moreover, it was actually good for those heavenly pride.

The exchange was completely over.

Whether it was those heavenly pride or those ordinary disciples of the Hao Ran Immortal Sect, they all returned to their respective residences to consolidate and deepen their cultivation gains.

Jiang Jiang was in no hurry, he had set the time for a month later.

The heavenly pride could stay for a long time anyway, so to Jiang Chi, this was an opportunity.

Those Heaven's Gate's Heavenly Pride took the initiative to come to him.

"Sovereign Jiang, thank you very much for taking care of us these past few days, for that, we are all grateful."

"Of course, there's actually one more thing we've come here for, and that's the matter of the sermon you said before, Sect Master Jiang, I wonder..."

"That's right, you promised us on this matter, you can't let us off the hook ah."

"Ahem, Patriarch Jiang, today we people came over, we actually want to ask when this sermon can start?"

These Heavenly Gate's pride had actually been looking forward to this for a long time.

They were eager to trade with Jiang Liao, even if they had to pay a hefty price for it, such as merit methods and so on, that would actually be worth it.

Thus, they had been eagerly waiting after digesting what they had gained from the previous Immortal Exchange.

Perhaps Jiang Lack had already forgotten about them, so today, they came to inquire personally.

Jiang Chi was stunned, "You guys are so elegant, you actually came over together today, since you've all come over already, let's pick a day to start."

"Sect Master Jiang, it was all our fault in the past, your lordship is generous, and please forgive us."

These heavenly pride people were all holding Jiang lacking in high esteem, and of course, some of them were genuinely grateful.

But that was only a minority after all.

Jiang Chi didn't care about that and just said indifferently, "Gentlemen, since we're going to preach, then our previous agreement still counts, so please come one by one."

The crowds of heavenly pride were delighted, knowing that the most important moment had arrived.

Because next, it was possible that they might have an epiphany breakthrough because of one of Jiang Xiao's words.

After having these fantasies, they felt that everything else in the world was actually a cloud except for enhancing their own strength.

Not just behind closed doors, they also disagreed with Jiang lack's previous statement about being partial.

Jiang said, "The more feats you have, the more time you'll have to exchange sermons, so you have to think carefully, everyone has and only has one chance."

"That's right, we each know these in our hearts, but we just want to ask Sect Master Jiang not to deliberately delay or talk nonsense when it comes to speaking."

These worries of theirs were naturally very reasonable, and at the very least, Jiang Zhan felt that it was something they should worry about.

However, he still replied with conviction, "If you all are unsure, this seat can make a heavenly oath, and I'm sure you'll be much more at ease then.

As for whether or not the sermon will be fruitful, it will depend on your respective chance creation, and it is not up to this seat to decide, I hope you can figure this out."

"Don't worry, Sovereign Jiang, we understand all of this."

The group of Heavenly Gate's pride immediately said, "I don't know how we are going to start next, but what kind of preparations do we need?"

Jiang Xiao said, "Here in this seat, it's straightforward to begin, all you need to do is adjust your mindset."

He believed this, and those Heavenly Gate's pride had naturally already prepared themselves mentally.

And now, naturally, they were somewhat looking forward to it.

In their hearts, apart from nervousness, there was only endless joy.

If they could succeed this time, after they returned to the Heaven's Gate, the holy place of immortal cultivation in Central China, then all those fellow disciples, or brothers and sisters would be impressed by them.

Immortal cultivators who could become Heaven's Pride were definitely not fools.

Thus, they understood this very well in their hearts. 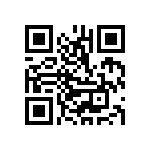