The living room of the National Education Academy.

Suddenly it became very quiet, pin drop could be heard, the atmosphere was condensed, and instantly also seemed extremely awkward.

It seemed that she had not yet returned to her senses.

Rather, it was to withdraw from the marriage.

Or rather, to break off the marriage contract with her.

"Am I just going to make him afraid?"

Xu You Rong frowned, "Or has he actually changed?"

Has that very simple little boy from back then changed and become something she doesn't even recognize.

Breaking off the engagement!

Is this the way to cut her off from Xu You Rong?

Xu You Rong asked in puzzlement.

This sounded very familiar to Chen Changsheng, recalling that when he was in the Divine General's House Xu, he seemed to have asked this as well.

"I remember that Lady Xu from the God's General Residence once said that this was not a question that a wise person should ask, but I never thought that Xu You Rong would say so."

Chen Changsheng was quite surprised though.

With a long sigh, he continued, "Little Rong'er, it's not that I want to break off the engagement, it's just that there's no way, I... I can't be too selfish after all.

Back then, you and I were both still young and didn't understand what a marriage contract meant, but now I do.

I, Chen Changsheng, am destined to have a rotten life and won't live much longer, while you are the Xu family's phoenix, with the real phoenix bloodline, I am destined to be unworthy of you.

As your mother said when I went to the Divine General's residence, I am just a poor young man who can only afford to wear old, white-washed Taoist clothes.

The first thing I noticed was that you were a phoenix flying in the sky and there was no chance of us meeting.

But today you are here, just as I plan to settle this matter, from now on we will go our own ways.

From now on, there will be no more interaction.

It was as if nothing had happened, everything was so sparse and normal, because he felt that he was not worthy of Xu You Rong at all.

That was why there was this talk of breaking off the engagement.

Xu You Rong suddenly asked, "But have you thought about what I'm thinking?"

She hadn't opened her mouth, nor had she said anything about the marriage contract, she had come today just to see Chen Changsheng and just wanted to make an apology to him.

But never thought that Chen Changsheng would actually say that, it really made her feel a little bitter.

She didn't want to lift ah.

Although, that senior brother of hers, Qiu Shanjun, was of the True Dragon bloodline and had an unparalleled talent, he was also a gentle and elegant existence with a gentlemanly demeanor.

He was also quite good in character.

However, Qiushan Jun was not what she wanted, nor was he what she liked.

After all, Akiyama Jun was just Akiyama Jun. No matter how human he was, it was difficult for him to attract Xu You Rong's attention.

That was precisely why it was so awkward.

She actually wanted to take a look at Chen Changsheng.

However, now that Chen Changsheng was already like this, he had even brought out the marriage certificate.

This made her a little depressed and in an unacceptable mood, and she couldn't help but smack the corners of her mouth.

"What do you have in mind?"

Chen Changsheng shook his head slightly, "Even if they think differently, what can they do?

I don't have much longer to live, and I'm sure you're aware that not being alive means that I can't do anything else.

However, it was misunderstood by your mother-sama, causing me to delay until now.

I've always had such thoughts, don't worry Little Rong'er, I, Chen Changsheng, am a virtuous person and will never delay you."

He knew that Xu You Rong was a phoenix flying in the sky, high up in the sky, with a life that belonged to her.

He, Chen Changsheng, on the other hand, was just an ordinary, and extremely common person, so he thought he couldn't delay her.

Xu You Rong was the true phoenix, he, Chen Changsheng, was not the true dragon, Qiushan Jun was.

Even Chen Changsheng felt that Qiushan Jun was the one who could truly match Xu You Rong.

Or rather, because of the limitations of his physique, having the power of the stars was truly a bit terrifying.

It was also really hard to cultivate well, and it might just rupture and be destroyed.

So he had to break the engagement.

Plus, he didn't know what Xu You Rong thought of himself, so it was better to take the initiative himself rather than that.

That would be better.

At least that way, he was more likely to take some initiative and have some dignity.

Right now, the initiative was in his hands.

She knew that she was probably not thinking well.

Once upon a time, she had thought that Chen Changsheng might not have changed, even a little bit, even a tiny bit.

The situation had changed.

Chen Changsheng was no longer the cute little boy he had been.

"Sigh, I'm still looking forward to it myself, still wondering what kind of face I should meet him with, but..."

The result was tragic and bittersweet.

Her old face was dark and gloomy, "Changsheng, since you have already said so, let it be as you say, I will accept the marriage certificate."

She slowly took the marriage certificate, so calm, she did not oppose Chen Changsheng, nor did she refuse.

It was mainly because Chen Changsheng had spoken up to this point, which really made her laugh and cry.

As for the future, then let's talk about it in the future.

In Xu You Rong's opinion, all that she and Chen Changsheng had had been washed away by time.

Half of it was left today.

At one time, she had even thought that she had been somewhat aloof, but she had also been holding on.

There might also be a good outcome, but now it seemed that her own so-called persistence was meaningless.

It had been thought to be meaningful, but now it seemed that that meaning was all gone.

Xu You Rong was disappointed.

Although Chen Changsheng had already explained the causes and consequences and had made the reasoning of the cause clear.

But she was still a little disappointed.

She didn't understand why things had turned out the way they did, nor was it clear why Chen Changsheng just didn't stick around anymore.

She knew all about what had happened when Chen Chang Sheng went to the Divine General's residence and apologized in place of her parents for that, but Chen Chang Sheng seemed to have his heart set on it.

He looked very determined, which was why Xu You Rong didn't say much else.

She was afraid of hearing something even more extreme that would only be more upsetting then.

On the contrary, the loss would not be worth the gain.

Xu You Rong's appearance was odd, and One World's mind was unavoidably a bit complicated.

"Have you already thought about it?"

She continued to ask, "I know your pain and I know how much you've suffered over the years, but we..."

How could Chen Changsheng not understand these.

He interrupted Xu You Rong and said, "No, you don't understand, besides, I think there was already a distance between us, what happened when I was a child was just a child, and only when I grew up did I know that there were so many dao in the human world."

In the beginning, the reason why he didn't want to break off the engagement anymore at the Divine General's Mansion was only because that Lady Xu was too nasty to talk to.

That was why he refused to dissolve it.

But now, the situation was different.

Xu You Rong was different from that Lady Xu, and she had already shown her sincerity by coming to the door herself.

With a faint movement of his gaze, Chen Changsheng continued, "As I said, Little Rong'er, you are the phoenix flying in the sky, but I am the one who is about to die..."

Before he could finish, Xu You Rong shook his head and said, "So is this the reason you made your decision?"

"That means you haven't thought about it yet."

"But it's the best thing for you and for me, and it's not going to embarrass everyone."

In the end, Seo You Rong accepted it.

Perhaps breaking off the engagement would really be good for everyone.

Although she didn't see where the benefits were.

Xu You Rong's heart, however, was fluctuating like a torrent, and she thought that her insistence was right, that it made sense for her to wait for so many years.

But now it didn't seem so.

Chen Changsheng had his choice, and he had his own choice as well.

"Perhaps, he's right, I am the phoenix flying in the sky while Chen Changsheng is just a mortal."

Chen Changsheng was too ordinary.

Not enough to look at.

Coupled with all the unfair treatment Chen Changsheng had suffered by going to the Divine General's residence earlier, it would give birth to a marriage contract that would directly dissolve the connection between them and each other, and it would be normal for the well water not to offend the river from now on.

She could understand it, but could not accept or agree with it.

Dissolution of the marriage contract.

Xu You Rong, on the other hand, looked calm, as if she had also approved of Chen Changsheng's dissolution of the marriage contract.

"Now that the marriage certificate has been taken, I will be leaving."

Xu You Rong said, "Chang Sheng, those memories from when I was a child are really good, but that's already in the past, I want you to remember more when you have time."

Chen Changsheng said, "That time, although it wasn't long ago, it was a beautiful picture, something worth remembering."

There was no telling what path each could take from now on, whether or not they would still cross paths.

Perhaps it would be different from now on.

For some reason, there was a moment when Xu You Rong felt that her eyes were bad, a little flowery.

There was something particularly unpleasant inside, a twitch that made her feel a bit bad.

It was as if all the years of anticipation had been slammed to pieces at this moment.

Xu You Rong slowly turned around and walked step by step towards the State Teaching Academy.

Chen Changsheng looked at her back and secretly said, "Since this misunderstanding is already there, let it continue."

He really didn't want to make things difficult for Xu You Rong ah! 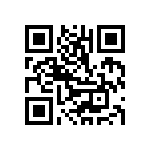