The stars shone as if there were countless cultivation light gates flipping, watching Jiang Di in a dark daze.

Jiang mumbled to himself, "I don't know if it's the group of idiots in the divine Capital, or someone from another power?"

But it absolutely didn't matter, as the saying goes, "Soldiers are here to stop water, but water is here to hide.

Anyone with monstrous means, any generation with great strength, would ultimately be insufficient in front of him.

Not enough at all.

His mind was incomparably complex, and his appearance was exceptionally calm, allowing you Heavenly King Laozi to come over, he wouldn't have much of a ripple.

Simply because powerful strength was his bottom line.

Only after a few sharp voices rang out did it dawn on Jiang Xiao that those people had arrived.

A group of black-clothed men.

There were about a dozen of them, and Jiang Kou didn't bother to count them, their breath was hidden and they had countless powers.

But Jiang Kou knew that they were all Tong You realm powerhouses, and all of them were extremely extraordinary.

He was bizarrely strange, with unpredictable means, and also outrageously strong.

With a raised eyebrow, Jiang Chi looked towards the group of people in front of him, "A bunch of insects, even daring to compete with Haoyue for air?"

Although he didn't know the exact origins of these people, one thing was clear, they were no match for him.

He was cold and stern and murderous, not putting these people in his eyes at all.

They were befuddled and looked extraordinarily cold, as if they were surprised to meet someone like Jiang Chi.

One of them, as if he was the leader, "Are you the new State Master of the Great Zhou Dynasty, the young and rampant Jiang Chi?"

He was a bit shocked, "Are all these people this bold?"

Is it surprising that your own notoriety has not been spread?

That was a bit appalled.

The man was stunned.

It didn't seem to have thought that Jiang Xiao would answer like this, so he nodded thoughtfully, "You're quite right, whether you are, or not, you will die."

There seemed to be only one path.

And it was still a road that people felt bad about.

Jiang Qiao didn't care what they said, it was all said and done anyway.

How could he care.

Jiang Lack said indifferently, "Well, then, to satisfy your curiosity, this seat is indeed the one you're looking for."

They were suddenly befuddled and stunned, probably not expecting Jiang Liao to be so simple and direct.

That rather felt unbelievable, and their minds were suddenly complicated.

Jiang Chi said, "Alright, you guys don't want to pull anything else, so just tell this seat what's going on."

This man was not easy to deal with.

This was a good thing.

It was sufficient in every way.

All that mattered was that they wanted to kill this person.

That would be enough.

They were going to kill him anyway.

It didn't matter what kind of existence Jiang Chi was, it was better to die.

Jiang Mo's face was gloomy and cold as the wind, "What do you mean by this look in your eyes, looking as if you've eaten this seat?"

He couldn't understand it.

Could it be that he looks so easy to bully?

"Surnamed Jiang, this National Teaching Academy of yours, we also came in, can't you still think you can run away?"

The leading black-clothed man looked at Jiang Liao coldly, as if he was a little confused as to where this person was getting his confidence from.

Don't you know that if they can enter the State Teaching Academy, they will naturally have a way to deal with you, Jiang Liao.

A dozen or so Tong You Realm existences are not just for show.

And it's not even a fake.

They really didn't understand what was so powerful about Jiang Lack.

So they didn't feel anything at all, as if Jiang Lack was already in a lump and couldn't be wiped off the face at all.

It seemed that Jiang Lack had become meat on their case, so there was no hurry to kill it.

Because it was useless to kill it.

Perhaps to them, Jiang Yao was already a dead man, and the difference was only a matter of sooner or later.

The difference between solving it sooner or later wasn't really difficult.

For them, they wanted to see now if Jiang Lack was desperate, if he was horrified and scared because of this.

Maybe it was. It was just that they felt that this manifestation wasn't obvious yet, so they needed to further suppress it and put some psychological pressure on it.

It's better that way.

I'm afraid their plans are wrong.

How could Jiang Chi be afraid.

And how could they be afraid because of what they had done?

Jiang Mo's face was calm and calm, and he didn't take the other party to heart at all.

Just a dozen or so Tong You Realm powerhouses.

Even if there were more than a dozen of them, they were just a bunch of ants to him.

It was nothing more than a larger group of insects.

However, this so-called bigger point was relative.

Didn't care at all.

There was no rush to do it, and he was mainly because he didn't think it was necessary.

These people were all going to die anyway.

It's the same if they die sooner or later.

He smiled slightly and said, "Your target is me, the State Master of the Great Zhou Dynasty, right?

But you probably haven't thought about it, if the throne was weak, how could it be the state teacher of the Great Zhou Dynasty?"

"But after all, you're not a strong man from the Saint, nor are you a supreme senior, so you're destined to die, who called you the State Master of Great Zhou."

The other side was very bold.

This way down, the situation was different.

Jiang Chi shook his head slightly and sighed, "Just how do you guys know if an ambush exists near this State Teaching Academy?"

"So what if there's an ambush, you still have to die."

So it was a situation where just by virtue of the strength of these people in the Tong You realm, they wanted to pose a huge threat to themselves.

Wasn't this a bit too much?

Jiang Yao shook his head and sneered, "You have the audacity to come to the State Teaching Academy to personally trouble this seat.

However, this seat can also tell you straightforwardly and plainly that there are no ambushes around here.

But you guys also shouldn't have come here, and those who are about to die will never know how stupid the decisions they made were."

"Are you calling us stupid?"

"You're arrogant and cocky."

"Nothing else, only strength er."

This group of black-clothed people were once again stunned by what Jiang Lack had said and could no longer refute it.

However, they in no way thought that such a thing could happen to them.

It wasn't like these black-clothed men hadn't done their own investigation when they came here, but they found that they couldn't assess Jiang Lack's strength through their investigation.

And that Qing Yun Ranking that Old Man Tianji had made, no one knew about it as well. Or rather.

That once unstoppable big man of the Cyan Cloud List, Old Man Tianji, he didn't list Jiang lack on it either.

Not even on any of the lists.

It was as if Jiang Lack didn't exist at all.

They all felt that it was probably because Jiang Lack was not famous, and because his identity was hidden, no one knew how terrifying he was.

It was hard to say.

The mood was depressed and Rin was moving.

But after now, they were more and more certain that Jiang Lack was not strong.

If he was strong, he usually wouldn't bullshit with people and just kill them, so why talk so much about right and wrong.

In the view of this group of blacks, Jiang Lack must be pretending to be mysterious and strong, so arrogant and indifferent.

In order to stall for time, he wanted to live a little longer.

This group of black-clothed people were planning to make a move.

On the contrary, Jiang Xiao was in a strange mood when he saw this, and he couldn't help but say, "What, are you all going to do it?"

And not avoiding it.

After all, to kill, what was the point of avoiding this.

They only had one purpose, and that was to kill Jiang Lack, no matter what the cost.

Even if the dozen or so Tong You realm powerhouses were all dead, it didn't matter.

It would be fine as long as this person died.

Then they would have a great deal of certainty that they would be able to continue to make things happen in the divine Capital.

They were the Demon Clan.

Otherwise, how could the Demon Race have a chance to rise.

As long as something happened to the Human Race, it was the Demon Race's chance.

So they would have to kill Jiang Xiao, even if it was just to extinguish this person's popularity and make the Great Zhou Dynasty infamous in the Eastern Land.

They felt that this matter was feasible.

The person who was the leader waved his hand towards the dozen or so black-clothed people around him, and suddenly the dozen or so Tong You Realm Demonic Assassins surrounded Jiang Liao.

Not polite at all.

There was a great intention to get him killed inside.

The mood was agitated.

For a time, the flux of the Fluxus Realm was flying.

He was indeed reminding.

They were all too weak.

So weak that he couldn't even muster much interest to fight and kill them.

Whether it was their flesh and blood, or the Demon Race's techniques.

They were all good things.

Jiang Xiao felt that there was another way to do it, and that was to use the simplest method.

In many Immortal Warrior Worlds, there were some demons that were used by human cultivators as resources to feed their battles, whether it was inner pills or a body of blood and flesh and fur, they were all good things.

These were enough to be obtained by him.

The meaning was there.

These demons could also follow the example of those demons and become rations or resources for human cultivators as well.

Seeing that this group of demons were about to strike, and their little lives were about to be lost, Jiang Di could not help but sigh inwardly, "These people are really no good."

Empty strength is all a lie.

A decision was made in Jiang Ji's heart, "Since you all don't care by yourselves, then I, Jiang Someone, won't care either."

The devils were nothing more than insects.

He wouldn't be merciful, nor would he be able to do that.

With a slight movement of his mind, the Immortal Yuan Mana in his body emerged like a storm and rolled like thunderbolts exploding.

It was truly astonishing.

It was also really dumbfounding, and he looked a little stunned, "Although this seat can easily kill them, but adhering to the principle of making the best use of everything, it is possible..."

It's too much debt for him anyway. 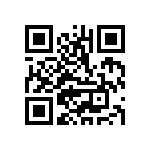