Jiang Chi pretended to smile mysteriously, "Li Li, you might as well guess, there is a mysterious reward if you guess correctly."

What mystery reward, playing riddles with her.

She didn't think it was romantic.

"Husband, you don't say forget it, I won't guess it either."

Li Lizhi shook her head, "I can't guess anyway, for the realm of cultivation you've only talked about the front, and you haven't said anything about the back realm at all."

Since she hadn't said it, how could she guess it.

So it was better to think about it.

Seeing that Li Lili wasn't cooperating with her, Jiang Hou helplessly smiled bitterly and said, "Alright, then I'll be honest.

Actually, according to the realm I've seen before, I'm already at the middle stage of the Human Immortal Realm."

At the words, however, Li Li came staring at her, and could not help but say, "Husband, are you only in the Human Immortal realm even if you're this powerful?"

Originally, according to Li Lirian's vision, Jiang Xiao should be close to a True God type of existence no matter what.

But now, it seemed that he, the True God, was actually only in the Human Immortal realm.

In other words, barely an immortal.

If you put it bluntly, Jiang Xiao was actually just an ordinary immortal.

But Li Lizhi was a bit confused, since Jiang Xiao was just an ordinary immortal, it was only reasonable to say that he didn't have any powerful skills .

Then why is he able to fly to the earth and even open up the heavens and earthly realms?

Which one didn't sound particularly lofty.

But lofty was lofty, and with his cultivation at the level of a single Immortal in Jiang Xiao's district, he was able to open it up?

It sounded a little scary.

But could the existence of a human celestial being really open up the heavens and even establish a huge mythological system?

It sounds a bit unbelievable.

Calling it unbelievable, shouldn't a being like a true god be able to open up the heavens.

When will ordinary immortals be able to.

Li Lili was puzzled, so she asked Jiang Gui to explain it, perhaps it was simple for him?

Li Lili's words suddenly made him a bit dumbfounded, and he was busy saying, "Li Lili, I think you might have some misunderstandings about Immortals.

Immortals are inherently one of the most powerful existences, even if they are human immortals.

You must know that after the Foundation Establishment Realm, there is the Jie Fan Realm, the Yuan Ying Realm, and even the Returning Ruins and the Healing Dao, before there is the Human Immortal.

As for the next, there is the Returning Ruins Realm, which is a realm where immortals have all the true energy and mana to penetrate the heavens and earth, as if returning to the basics.

Not to mention, in the extreme of the earthly realm, the state of merging that can human dao, that is even stronger.

Having said that, Li Lili naturally understood the meaning of Jiang Liao's words, which were nothing more than extremely frightening.

It all sounded unimaginable.

"So, Human Immortals can really open up the heavens?"

Li Lili continued with wide eyes, "That existence above the Human Immortal is only more terrifying, right?"

Jiang Jiang explained, "In this world, a Human Immortal would be able to open up the heavens, but not necessarily in other worlds."

Why is this world different, and why is it different?

Just in doubt, Jiang Chi said indifferently, "Because, this side of the world is already normal, even ordinary to the extreme, there are no immortals or demons or gods here, I came here so there are immortals, demons and gods here.

That's why this side of the world was promoted, and that's why the three worlds were created.

Because of that, it's also easier to open up the heavens in this side of the world."

It was easy because this side of the world was so low.

So that's how the three worlds came to be, it turned out that their world itself was so low level that it wasn't powerful in the first place.

This was the Great Tang.

Li Lili sighed quietly, as if she had thought of something.

She looked at Jiang lacking and suddenly asked, "Husband, then you... where do you come from again?"

--He came from beyond the heavens, or even from another world.

Here, it was already quite ordinary, itself.

But because of Jiang Liao's arrival, this place began to become different and no longer ordinary.

Now, it was even restored to all sorts of divine wonders, with the existence of human and immortal gods and Buddhas and demons.

He suddenly felt that this wife of his had become wise.

It was surprising that she had been overheard.

Since that was the case, it was simply better to just say it.

Before he could finish his sentence, Lili interrupted, "Husband, I'm the one you're not from this world, and I guessed from the first moment you showed up that you were strange."

Jiang Qiao was stunned at the news, "How strange, tell me, how did you come up with that?"

That's when Lili knew if it was too different.

After all, he was just an ordinary man when my brother was here.

At that time, he was heavily injured, and because of the power of time and space, he couldn't display the Immortal Yuan Mana in his body, and was only like an ordinary person.

He didn't even know what to say.

"You suddenly descended and appeared in the palace very unexpectedly, where is this kind of miraculous thing."

So a guess is just a guess, and I'm not entirely sure that what I guessed is correct."

The suspicion had become reality.

Jiang Qian admitted, "That's right, at that time, I was injured due to travelling through time and space, so that caused me to fall seriously injured and unable to display all my strength.

And I have you to thank for that!"

So he felt that he should be very grateful to Li Lili.

Even though Li Liria was already his wife.

Jiang Qian secretly mused, "I will have to leave this place eventually, and with my current cultivation and strength, there's no way to completely guarantee that I'll be able to leave with safety.

Otherwise, how would I be willing to do so..."

Here, he could stay for a year, or even a hundred or a thousand years, and he quite didn't care.

But the problem was.

Even if it took a hundred or a thousand years, he would still have to leave.

So, it was hard to choose.

It was hard for Jiang Chi to say that he was going to leave this matter, at least he couldn't say it now.

Li Lili had vaguely guessed something.

She looked at Jiang Liao slightly lost and continued, "Husband, you should walk around with me." Vice Bureau ah.

Although Jiang Xiao and her had traveled to many places together over the past few years, he had an inkling of something.

Then he begged Jiang lack to accompany her for a walk.

She always felt something.

Jiang Chi was stunned, he nodded slightly and said, "Okay, Lili you can go to any place you want, let's have a good look around and take a look at the beauty of the world."

He was sad too.

"Husband, are you a man of your word?"

Li Li Quyuan said grudgingly, "I'm going to see the sea and the scenery beyond the mountains, and it's even good to see the dungeon."

Jiang Xiao nodded and said, "You can go anywhere you want, you can see any scenery you want, there's no place we can't go in this universal world."

Li Li Rui Zhu laughed out loud in satisfaction, he said in a ghostly voice, "Husband, you are so good to me."

"Fool, I'm not good to you who is good to you, in the future, go well to travel the world, see this great river and mountains, form and shadow, you and I go out together to stroll around this thousands of environments."

He knew in his heart that he didn't have much time left to accompany Li Lili, so that's why he came up with this idea.

It was the only way he could have a clear conscience.

His heart was inexplicably up.

Even a year of companionship, or even a hundred and eighty years, would be good.

"However, it's possible to stay in this world for many years with my strength."

Because he knew that he could live for many years.

Living long would mean that he could continue to accompany Li Li.

Only long companionship could be the most affectionate confession, and because he knew he might have to leave this world, he wanted to spend more time continuing to be with Li Lili.

He didn't want to leave.

But he also had to leave.

Jiang Xiao continued, "Li Li, we haven't had a good comfortable time all these years, so it's good for you and me to enjoy this time."

Li Lili surprisingly didn't ask when Jiang lacked to go back, because he knew it would probably be a waste to ask.

There were times when it was better to pretend not to know.

Ten years, or even a hundred years started.

A hundred years of companionship, he felt that it was still necessary, after all, Li Lili had treated him well.

Moreover, he loved Li Lili in his heart, and as long as Li Lili was fine, it was better than anything else.

A hundred years had passed.

Even hundreds of years had passed, and Jiang Xiao hadn't left.

But over the years, as Li Lili followed Jiang lacked to more and more places, the more she knew one thing.

With the passage of time, it was possible that the time when Jiang lacked to leave was getting closer and closer.

But she didn't actively mention it.

Jiang Xiao secretly wanted to mention it, but she didn't know how to tell Jiang Xiao, after all, it was difficult for him to talk about it.

"What if Lili he has other ideas?"

By then, will he leave or not?

The sun is shining.

In the end, he still had to leave.

The cultivation of immortality was inherently a road of no return, and once one stepped on it, there was no way to go back.

If he continued to stay in this world, he would not be able to continue his breakthrough, and the only way he could continue to break through was to go to a more advanced world.

As an immortal, if he couldn't make a breakthrough, then what was the point of cultivating immortality.

It was a difficult choice to make, and it had reached the most crucial moment for him.

"I've been in this world for thousands of years."

In these thousand years, he felt that he hadn't been very sad, and had had a great time with Li Li.

There's no such thing as a feast that doesn't end.

He had to leave.

It was because he could no longer continue to obtain the World Origin Power in this world.

In other words, there was simply no reason for him to stop anymore.

Perhaps, life was so full of variables, having choices over and over again.

Jiang Xiao made an astonishing decision. 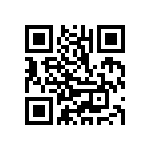