Li Er never dreamed that two out of three sons would be stronger than himself.

It was reasonable to say that one should be happy.

After all, blue is better than blue, and as a father should be happy for his son's talent.

With this kind of talent, he could have a good future too.

The eldest son, Li Chengqian, had no talent and inherited the throne, but he would have been the crown prince anyway.

But there was one thing that he was not satisfied with, his own talent was not good enough.

As an emperor who really wanted to make something of himself, His Majesty Li Er wondered if he had offended his ancestors.

How else could this be.

He was an emperor who had gained the throne by killing his brother and imprisoning his father, which meant that it was a practice in itself to offend the ancestors.

He didn't know if it was because of this that his talent was so poor nowadays, but this matter was still nagging at Li Er anyway.

It actually scared up too.

Back then, things had been done very desperately, and if Jiang Chi hadn't appeared, he might have felt that people died like a lamp.

With Jiang missing appearing, this matter was just a different posture.

Guaranteed, Li Jiancheng and their ghosts were still alive, and were affecting his Li Er's thoughts.

After all, he thought he was a smart guy too, so he shouldn't be a loser.

But the current result was depressing to him.

Li Er suddenly thought, "Regardless of whether the talent is good or bad, I've already been acknowledged by the Jiang lacking State Master to have a seat of immortality."

So he wasn't worried at all.

Even more so, there was no fear at all, in his opinion, he was going to become a god sooner or later, so why should he care whether he could cultivate or not.

I do not care.

Li Er thought clearly, he wasn't an ordinary person, and he didn't need to brag.

As for others asking, did he, Li Er, need to answer?

The one that should pretend continues to pretend.

The ones that bragged continued to brag, as if he wasn't willing to blow the heavens up.

In any case, just think that you can, as for the rest, is it that important?

None of it mattered.

Everyone started to keep blowing, and there was no telling how far they could go.

"That's right, I also saw that day that Lord National Master was actually a god and that the sermons he preached were some profound ones, but I still comprehended it."

"I comprehended it too."

What have you all comprehended.

As if they had fallen to earth like true gods?

So this is the result?

However, Jiang Kou remembered that the Dao he had preached was obviously a bit profound, and these people were all uncultivated and unheard of, so how could they have comprehended it all at once.

It was half impossible.

And when did they comprehend it?

He doesn't even know anything about it.

Is it that easy to understand the Tao?

He was puzzled, but then he heard some people next to him walk into the Dao Palace's main hall, and as they did so, they said.

"That's right, you're afraid that you still don't know, I understood all of the Dao that the State Master spoke, that day..."

"It's actually not easy once you integrate each and every one of the Dao taught by the State Master."

"This Dao is really unusual ah, the Dao can be the very Dao."

Many people bragged again, this time even getting a bit of glory with the lack of a river.

He mumbled to himself that it was interesting.

It was a good thing that Jiang lacked the ability to think it wasn't, or he might have believed those people as well.

Jiang Xiao secretly pondered, "This is scary, is this the legendary "everyone's drunk and I'm awake"?"

Calling people laughing and crying, it was also really a bit helpless.

Jiang Gao quietly touched his nose and said, "Am I as good as they say I am?"

He was going to tear it down, but now he didn't want to, so it seemed good.

At least there was hope.

It showed that those people still aspired to the Great Dao, and were eager to one day succeed in cultivation.

Although none of the people who came in this landfall said anything, Jiang Chi understood it well.

"Ahem, gentlemen, the time of the day has come, and this seat wishes to continue with the sermon."

Jiang Ji said, "Since all of you have already comprehended the Great Dao, this seat will no longer explain it in detail..."

Without waiting for Jiang Xiao to finish his sentence, someone immediately interrupted.

"State Master, don't be like that, we would like to continue listening to your detailed explanation, we also know very little about the Great Dao."

"But please, my State Master, tell us about the Dao again, even if we have to listen to it once more we are willing to do so."

"That's right, you are unaware of it, State Master, although we have comprehended it all, there are still some details that we have not comprehended thoughtfully."

All sorts of people spoke up and begged, only hoping that Jiang lacked the ability to explain it in detail just one more time.

It was as if they could gain a great deal this way.

Jiang Gou, however, was unaware of the details.

He was startled and then asked, "Gentlemen, do you find it difficult to hear the sermon?"

Is it possible to actually break through.

His eyes twinkled up, and he said with a slight word, "The previously preached Dao is difficult, but you have all comprehended it?"

There was a little disbelief.

He thought it was difficult, at the very least.

Hadn't these people in front of him already thought of something?

There was no time to think about anything else, so I heard Jiang Chi faintly say again, "Everyone, since you all feel that you need to explain it in more detail again, then this seat will begin."

Only after those who were listening to the sermon had almost arrived did Jiang Ji slowly speak, "Nameless has a beginning... it says that in the very beginning there was no name, but there was a beginning and an end..."

As his sermon progressed, the words of the easy-to-understand Great Tao slowly came out of his Jiang lacking mouth.

This time, his preaching was not as special as the last time, there was no tongue-tied golden lotus, nor was there a mouthful of pearls.

It was as if, everything was very plain.

But yet it did give people a sense of hope, or at least many of them really understood it.

They didn't know before.

It was only now that they really understood, that this was the Great Tao, which they didn't understand before, but now they suddenly understood.

It really is somewhat unusual.

It's very unusual, the words of the Great Tao.

What was the Dao?

At one point, it seemed like a few of the people in that group who heard the Word had figured it out.

The Dao was the Dao, it wasn't anything else, it could be spoken and felt, it just couldn't be seen.

People as gifted as Li Er, who couldn't do it, were hearing and seeing it clearly at the moment.

This was so good.

"I get it, I comprehended."

"Exactly, I actually comprehended it too."

"I think I can cultivate, I'm going to fly to the sky and never be ordinary again."

"Didn't you succeed in cultivating it before?"

"You believe that even though it's a lie?"

A group of people were quietly speaking, and since they didn't have the vision of a mouth-breathing golden lotus, no one noticed.

These people were really powerful.

One by one, they were able to comprehend the Dao.

His Majesty Li Er's brows, on the other hand, grew tighter and tighter, "Am I really such an unbearably cultivated ordinary person that my talent is really that bad?"

He didn't believe it.

But reality was like a fierce slap on his face, slapping him in the face so ugly.

His heart was inexplicably helpless, this time he was really feeling powerless, maybe his talent was really bad.

After all, talent was no joke, and he really didn't even know all of the great avenues that Jiang Xiao had just talked about.

The feeling of helplessness was definitely there.

It was just that the more he thought about it, the more his heart was in turmoil, especially when he saw those other people.

Not half at all.

Some of them called for tears, and it was not depressing either.

On the contrary, Li Yi and Li Tai, who were beside Li Er, were overjoyed, and they felt soothed by what Jiang Jiankou had explained in detail.

It was as if it was a one in a million good thing.

The path of cultivation didn't seem to be difficult, it didn't even require much talent.

This was how they felt at the moment, just like that, they felt delighted or happy.

Jiang Xiao continued, "Now that the detailed explanation has been completed, do you have any comprehension ah?"

"Don't worry, Lord Kunisada, we understand everything about the Great Dao."

"That's right, after just hearing it twice, we felt the profoundness of the Great Dao, but we still comprehended it without hesitation."

"State Master, we feel that there is true energy being generated in our body, this should be a comprehension of the Dao already, right?"

Many of them have already spoken up one by one in response to Jiang's words.

And show that they have already comprehended.

This was the Great Dao, really comprehending some of it.

"Did you guys comprehend this fast?"

Jiang Qiao was stunned at the words, "Did all of you comprehend?"

No one answered that.

It was always dishonorable to even feel like you couldn't hang your face.

Li Er's gaze wasn't calm, he didn't open his mouth either, it was really hard to say ah.

He really didn't know how those people had comprehended it again, since when was the Great Dao so easy to comprehend?

It's so easy to understand the Way?

That seemed kind of interesting, it seemed good.

"In that case, can I see a show of hands from those who haven't comprehended it?"

Jiang Chi was curious and suddenly said, "I'd like to see how powerful you guys are."

Instant silence fell, as if no one dared to say more than a word.

Who had comprehended and who hadn't.

If they didn't raise their hands, naturally, no one would know about it either.

Unless it was Jiang Da Guoji.

But Jiang Chi wasn't the kind of person who had nothing to do, he didn't care about anything and wanted to see if all these people were self-aware.

After looking around the circle, Jiang Xiao saw that no one raised their hands.

He couldn't help but get curious, "All of you here, have you all already comprehended the Great Dao?"

How could his talk on the road be so effective? 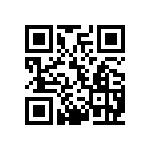