The decree is here, how he does not take it.

What if it was useful.

Maybe he, Jiang Dazhen, would have to thank Li Er.

Jiang Jiang received the imperial decree respectfully with a happy face, "Eunuch Wang, thank you for coming to proclaim the decree, stay and have a meal together today?"

He felt that he should treat Wang De with some hospitality.

After all, Wang De was a chamberlain by His Majesty Li Er's side and a good eunuch.

It wouldn't be wrong to have a good relationship with him.

He finally knew what it meant to turn the other cheek faster than a book.

With a few hard twitches of his face, Wang De hurriedly said, "No, there is still something waiting for me to do at His Majesty's side, so I won't bother the State Master."

It was better not to eat this meal.

Mainly because he couldn't afford to eat it either, fearing that he would be fooled by Jiang Xiao.

This person he couldn't afford to provoke.

So it was better to want to avoid him from afar.

"My lord of the country, the decree has been pronounced, I'm going back."

Wang De didn't even have time to take a sip of tea before he hurriedly said, "Your Excellency doesn't need to see me off, take your leave."

He was afraid that Jiang Gou would call out to him to eat.

He felt that someone as stingy as Jiang Gou probably wouldn't make anything delicious to eat.

He, Wang De, as a chamberlain beside Li Er, hadn't eaten anything delicious.

Nor was it bad for Jiang lacking this meal.

After thinking about it, Wang De ran away with his ass up his ass.

He was determined not to stay.

Wang De said that he had something to leave, and Jiang Guodun no longer retained him.

He just said rather regretfully, "Then Eunuch Wang take your time, it's too bad that you won't stay for a meal."

Once Wang De heard this, he even walked a lot faster.

Not daring to stay any longer.

Where did he dare to when invited by the State Master.

Now, this State Master was unpredictable, he didn't want to have more interactions.

His own little life was still tight.

"Your Excellency take care, Wang De is going this way." Eunuch Wang immediately said, then walked away without looking back.

He ran away without a trace in the blink of an eye.

He didn't want to stay, the Lord of State was too powerful.

Looking at Wang De's departing back, Jiang Xiao opened his mouth, he was a bit baffled.

He couldn't help but think to himself, "I, Jiang Someone, am not a Flood Beast, what is this Wang De afraid of?"

He didn't get it.

It was very puzzling for a moment.

Was he really scary?

In the blink of an eye, Wang De had already gone far away.

Jiang could only stop.

He muttered to himself and looked up at the departing Wang De, and then at the decree in his hand.

Maybe it was good for Wang De to leave.

At any rate, he was now the Great Tang State Master, and with Li Er's decree, he was an existence beneath one person and above all others.

The main thing was that with this imperial decree, he would be able to do something with it.

For example, to restore his cultivation.

If this decree of Li Er's to pardon the State Master was really really useful, then wouldn't it mean that he, Jiang Ji, would have a chance to restore his cultivation.

He was a Human Immortal.

At the same time, he was also strong at the Human Immortal realm, and if he could recover his cultivation, he would be invincible in this world, Jiang Ji.

He was looking forward to it with great anticipation.

"Your Majesty Li Er, I hope you can bring me benefits."

Essence appeared in Jiang Guiao's eyes as he looked forward to what happened next, Li Er was the Emperor of the Great Tang, he was carrying great fortune.

By all means, Li Er's decree should have some benefit.

It couldn't be said that it would allow him to recover a trace of Xian Yuan mana.

Jiang Ji instructed, "This seat will soon be closed for cultivation, so don't disturb me lately."

The housekeeper, leading a group of servants, then respectfully responded, "Don't worry, Master, we will definitely not disturb your cultivation."

This steward didn't know Jiang Qian's skills, but Jiang Qian was their master, so he didn't dare to think otherwise.

Jiang Da Man nodded his head in satisfaction, and as soon as he walked into the house, he quickly urged the Vajra Bracelets in his body.

And said, "Master Vajra Bangle, this decree can be used as a medium to draw the World Origin Force, right?"

Whether it would work or not he didn't know.

He could only barely give it a try, and if the decree really allowed him to draw on some of the origin power, then he could recover a little bit of his cultivation.

It just needed some medium each time to be able to draw on the World Origin Force.

And as long as there was World Origin Force, he, Jiang Chi, could recover a trace of Xian Yuan Mana.

Whether it would work or not would depend on this time.

Ever since he had traveled through that endless time and space and was heavily injured, he had been thinking about it, looking forward to recovering his momentary Immortal Mana.

So it was better to recover well.

Whirling, a golden light instantly disappeared into Jiang Liao's body on that decree.

It seemed that his previous thoughts were correct, His Majesty Li Er was the main character of the Great Tang, and following him could be of great benefit.

As long as he could obtain enough originals, he could refine them and then become his Immortal Yuan Mana.

He was expected to recover his Immortal Yuan mana, and naturally, he would also be invincible in the future with his unpredictable methods.

There were healing medicines inside his Diamond Bracelet and Qiankun Bag, and with mana in his body, he would be able to be even more magical.

Before Jiang Ji came to this world, there were no Immortal Demons, Gods and Buddhas in the world, but because he had come, there would be Immortal Dao in this world.

Li Er was truly the Son of Heaven.

It was also true that it was the fate of the heavens, and if he continued to follow him, he might be able to obtain more of the origin.

Wouldn't he be able to recover his Immortal Origin within a short period of time.

A hint of joy sprang up in Jiang Qian's heart as he began to circulate the Ninth Grade Dao Power and began to refine the trace of origin he had just obtained.

With the passage of time, the origin power in his body began to transform into Immortal Yuan mana. This speed was not fast.

It was because Jiang Xiao was already heavily injured.

His cultivation realm was sealed, and it would be too difficult for him to recover his mana.

Jiang Ji muttered to himself, "Now that I finally have the Immortal Yuan Mana in my body, I can take out the space within the Vajra Bracelet, as well as the healing things within that Qiankun Bag.

That's right, I should also take some yellow and white possessions, after all, I am really not stingy with money, I don't like money either."

That's how he felt.

Money those, to a person like him, Jiang Someone, who was an immortal cultivator, he felt that money was really nothing.

Naturally, he couldn't talk about being stingy.

He felt that he really didn't care.

That Li Er and Wang De both thought that he was a stingy person, but where was he that kind of person.

After recovering a bit of mana within his body, Jiang Qiao waved his hand and several Qiankun bags appeared on the ground.

With a few bits of mana restored within his body, he finally got excited, "From now on, I, Jiang Someone, am a true State Master, I have no fear of anyone or any power."

He had originally taken a stab at it, thinking that a State Master's honorable position should yield something.

What he never expected was that it would actually be rewarding.

It made Jiang Xiao feel rewarded and said that he would have to continue working for His Majesty Li Er in the future.

That way, he would be able to recover more quickly, and that would be good, wouldn't it.

An existence that preached the Dao of Immortality.

Jiang Ji muttered, "There were no immortal gods or goddesses in this world, there were no demons, it was just an ordinary mundane world.

Eyes burning and divine, Jiang Chi continued, "In the future, I, Jiang Chi, can preach in the Great Tang World, perhaps this is also a way to restore Immortal Yuan mana."

His gaze was calm as he continued to cultivate his cultivation.

Originally, he had only recovered some of it using those origin powers, but after taking out some healing sacred medicines, Jiang Chi continued his cultivation.

His cultivation to heal injuries was aided by some spirit stones.

As long as there were enough spirit stones, he could use the Immortal Origin Mana in his body to continue functioning.

Cultivation was so simple.

It was just tough at first, going from zero to one was difficult.

Going from one to two was a little easier again.

There was already spiritual energy within the spirit stones, and one by one it was absorbed into his body, refined and turned into his Immortal Yuan Mana.

And so the cycle continued.

With the addition of some healing medicines, the more Immortal Yuan Mana he recovered.

Seeing Jiang Jiang was slightly pleased, that Second Li Majesty was really a good man, it was good to help himself like this.

He muttered to himself, whirling around and said, "If there is an opportunity in the future, I must give Li Er some benefits, thus demonstrating my virtue."

In order to show that he was definitely not an ungrateful person, and was also a person who would repay a favor.

And was the kind of person who would repay it when it gushed.

If Li Er knew what Jiang Ji was thinking at the moment, I wonder how he would feel.

Jiang Ji continued to cultivate, the Immortal Yuan mana in his body circulating, the power around his body sweeping out.

It was like a change of wind and clouds.

Those servants in the State Master's House never expected that his master, Jiang Jiang, was actually not an ordinary person.

He, was an Immortal.

An immortal was the supreme being.

Since Jiang Chi had started his closed-door cultivation, the entire State Master's House had calmed down, but for a while there were also countless visions and changes in the wind and clouds.

Jiang Chi continued to cultivate, having originally recovered one or two Immortal Yuan mana, but now he had recovered even more.

This gave Jiang Ji hope, "Haha, I am invincible in the future, and I am definitely not a stingy person, His Majesty Li Er and Wang De and the others must have misunderstood."

His Majesty the Second Li visited the State Counselor's Palace, but found.... 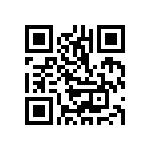