Xiao Yan looked at these people with a gloomy face, not polite at all.

These were the same people who had relied on their own strength in the first place, so they did not allow him, Xiao Yan, to pass.

Now he was coming back again.

He looked cold and suddenly said, "You guys are afraid that you did not expect that I could go and come back in the first place and still be so persistent towards your ancient clan."

Someone happened to see Xiao Yan's presence after taking a proper look.

Their pupils shrank and their faces turned black, they could not have imagined that it was actually Xiao Yan.

Moreover, looking at the appearance of Jiang Xiao and Xiao Yan, they seemed to know each other.

As for that black-clothed and black-robed Soul Heavenly Emperor, they did not put it in their eyes, it was just an ordinary person.

But Jiang Lack's strength was definite.

What could they do.

They were also helpless.

Whether they wanted Jiang Chi to go over or not, they didn't have any bottom in their hearts, who would take responsibility in case something happened.

While hesitating, Jiang Chi suddenly said, "Alright, if you and the others get out of the way, it's fine, but if you don't, this seat can turn you into ashes in a moment."

Once again, those of the Ancient Clan were speechless, and none of them directly spoke very remarkable harsh words.

It seemed that they were all trembling in the face of Jiang Liao.

The fact that Jiang Lack could blast the Ancient Clan's boundaries with a flick of his hand meant that he had the potential to kill them all with a single punch.

How could this be.

Also, what would they do when the Ancient Clan's law enforcement team came down with the blame.

There seemed to be no way.

The heart was so bitter that it was really annoying for them to be in such a day.

Someone suddenly said slightly, "I don't know what kind of background you are, why don't we wait for us to inform the clan, so that we can make a decision on what is going on?"

"And then you want the strongest of your ancient clan to step in and kill us, right?"

Xiao Yan said grudgingly, "I'm used to seeing tricks like yours, so you don't need to cover anything up."

"So we will not be able to let you in." Those people shook their heads and said, "The Ancient Clan is an important place, how can ordinary people go back."

He would absolutely not allow it.

At this moment, Jiang Ji's eyebrows furrowed, but his face was ten thousand times uglier, "What, your ancient tribe has really become arrogant after all these years?"

It's not his fault.

It was just a disagreement.

It was nothing more than a big fight, and it wasn't like he hadn't done this before.

With a flick of his hand once more, those silhouettes flew backwards and landed on the ground with a bang.

But they were alive or dead.

These Ancient Clan people probably didn't expect that the white-clothed, brocaded-robed Jiang Lack in front of them would really fight at the drop of a hat.

And didn't care whether they lived or died at all.

It seemed that whether these people were dead or alive had nothing to do with him, and he had no fear of the Ancient Clan's pursuit.

This was Jiang Chi.

"Is he even this powerful?"

This was the last thought and thought of those ancient clansmen, and then they felt nothing as they went black.

For Jiang Gu, a single word was exactly what he wanted to do.

Since he could make a move, and since he possessed great strength himself, why talk properly.

Wouldn't it be better to directly lash out with the most brutal violence.

This way was more to his liking.

"Just a few Gryphons, it is not enough to be feared." Jiang Chi indifferently said to Xiao Yan, "You brat need not be afraid, everything is there for me.

There would always be people who would agree.

If they didn't feel bad about it, even a new Ancient Clan leader would be fine.

Xiao Yan nodded his head and said to Jiang Lack, "So thank you, Master, if it weren't for you, I wouldn't know what to do."

He was still a little scared.

He was so depressed and bitter, "If it wasn't for the Ancient Clan being too much, I wouldn't have asked Master to step in.

He was really helpless.

It was also very frustrating to the extreme, and he was depressed.

With an ugly face, he smiled bitterly for a few moments and continued, "Everything is troublesome for Master."

Jiang Ji waved his hand and said, "You Xiao Yan is my disciple, your matter is my matter, then again, this seat is about to leave, so it can be considered as a last help for you."

Xiao Yan frowned, "Master, where are you going?"

"Let's not talk about that yet, you'll know later." Jiang Chi said indifferently, "Let's settle the matter of the Ancient Clan first for now, this seat just needs something."

That Ancient Clan's Golden Emperor Burning Heavenly Inferno and the Ancient Clan's collection of these countless years, that was what he, Jiang Ji, wanted.

The Ancient Clan probably didn't expect that because they had rejected Xiao Yan once, Jiang Xiao would come over.

So they stared at those things of the Ancient Clan, of which the Golden Emperor Burning Heavenly Inferno was the most beneficial.

He liked it very much.

The endless collection was comparable to that Soul Race in general, and he was also quite eager to see it.

He was a little weepy, secretly feeling pity for those people of the Ancient Clan.

The Golden Emperor's Burning Heavenly Inferno would not be preserved, nor would the Ancient Clan's endless collection over the years.

It had nothing to do with him Xiao Yan anyway.

All he cared about was Xiao Kaoru, and all he wanted was to pick up his Kaoru.

Just as soon as these people didn't let him in at first, he Xiao Yan became angry.

A face was unsightly.

Jiang Chi looked indifferent, "Everything has a method, and we naturally have a way to deal with it."

Xiao Yan nodded and said, "Since that is the case, then it will be troublesome for you, Master."

Secretly, he said, "This time, I would like to see what these people of the Ancient Clan are thinking."

That legendary Ancient Clan leader, Gu Yuan, was he really that ruthless and heartless?

Or does he despise me, Xiao Yan, a Daoist saint?

You know, he wasn't bad.

As Jiang Lack's disciple and at the helm of the Dao Sect, coupled with his profound cultivation today, he was no worse than most of the Ancient Clan.

"Ancient Clan, I, Xiao Yan, will definitely make you regret it."

Xiao Yan muttered to himself, "I will let you know that I, Xiao Yan, the Dao Sect Sage, am by no means an ordinary person."

He was definitely not something that ordinary people could deal with.

Moreover, there was still a Jiang Chi at his side, but this was an unparalleled existence in the Dou Qi Continent.

The number one person in the heavens, an existence that could be called invincible.

It was because there was such a powerful existence that Xiao Yan would not be afraid and would not feel anything.

His face was so cold and his one look was exceptionally calm.

Now it was nothing more than that.

Not enough to look at.

At least the Ancient Clan wasn't enough in his Jiang Chi's eyes.

The Ancient Realm was even more difficult for him.

Seeing Jiang Ji and Xiao Yan were amazed, "What an ancient realm, even better than your Soul Realm, it seems that they have some material."

But it was such a powerful Ancient Clan that they might all have to be dealt with, and for a moment the Soul Heavenly Emperor actually secretly felt sorrow for the Ancient Clan.

The Soul Heavenly Emperor muttered to himself, "Ancient Clan, they cannot escape this hard fate after all, probably all of the Ancient Eight Clans of Song Guang will cease to exist."

The Ancient Clans, too, would be unlucky.

A few terrifying rays of light came, and it was the Ancient Clan's law enforcement team, a group of terrifying existences.

Whether it was Jiang Chi or Xiao Yan, neither of them actually put the Ancient Clan's law enforcement team in their eyes, but they were just a bunch of bigger ants.

Not enough to be afraid of.

Nor was anyone afraid of anything.

When that group of law enforcement squad saw Jiang Liao and the others coming over, they just killed them with a single word.

There was a great intention to kill them one by one and then talk about the rest.

Then again, they were the Ancient Clan's law enforcement team.

They could act recklessly.

They could even act fearlessly, and killing those who violated the Ancient Clan was imperative.

To that group of law enforcement officers, Jiang lacked and they were just a bunch of people who didn't know what they were doing.

The terrifying power instantly crushed over, and the power swept out and exploded.

In the blink of an eye, the group was at the heel.

No, before they even waited to say a single word, they saw Jiang Xiao start to fight as well.

Jiang Ji's eyes narrowed, "Do you really think that as an Ancient Clan law enforcement team, this seat wouldn't dare to do anything to you?"

Such a thought was too naive.

He was no ordinary person, and a scarlet light flashed in his hand.

He, Jiang Sheng, was no ordinary existence, and if you dared to fight him, there was only death.

Killing is nothing more than head nodding to the ground.

He was determined to kill, and since those of the Ancient Clan didn't know any better, he couldn't forgive them.

After all, he was the number one person in the world.

As for Xiao Yan, he had no intention of stopping him, and since there were so many people from the Ancient Clan, death would be death anyway.

Jiang Hou gazed coldly with infinite killing intent, "Since the Ancient Clan does not know what to do, this seat will not be polite."

It wasn't like he, Jiang Someone, wouldn't be able to.

Killing intent was quite a lot, infinite to the extreme.

It shook in an instant, it was really alarming.

At the same time, the Soul Celestial Emperor's face was quite ugly as he said, "Although the Ancient Clan is also one of the Eight Ancient Clans, their strength cannot be underestimated, and I'm afraid that you are so arrogant and arrogant..."

Before the Soul Celestial Emperor could finish this, he heard Jiang Ji interrupt, "Alright, just watch, there's no need to say anything unnecessary, this throne is not something you can imagine."

He was suddenly confused.

Couldn't help but secretly think, "Could it be... that this person is even stronger than I imagined?"

Had he not yet performed the ultimate ultimate means in the Soul Clan?

If that was the case, then how profound was this person's cultivation.

Thinking about the Soul Heaven Emperor made my scalp go numb, "This person is so strong, I'm afraid that I won't have a chance to live in this life, plus the next." 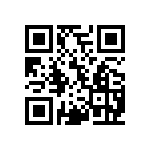