Those students didn't know about Jiang Lack's arrival, and no one knew that Jiang Lack had quietly escaped into the magma.

As for the Doshe Ancient Emperor's jade, Jiang Kou didn't care about it.

Forcing his way in would suffice.

With a cold gaze like lightning and a flick of his palm, he quickly destroyed the entrance seal.

The seal of the Magma World was suddenly breached, and in almost the blink of an eye, Jiang Kou entered a strange world.

It was a special world that resembled a small cavernous blessed land.

It looked a bit extraordinary.

Jiang Kou's gaze was cold and colorful, but he was delighted and murmured, "In the Dou Qi Continent, that Dashe Ancient Emperor is said to be an Exotic Fire as well, ranking first on the Exotic Fire Rankings.

It is said that he later devoured other foreign fire origins, which is why he became a Dou Emperor in an alternative way.

In the end, he was nowhere to be found."

According to Jiang Kou's opinion, this person should have already ascended and left for that Middle Thousand World.

And this was the cave where the Nadashe Ancient Emperor used to live.

"As expected, there are still so many foreign fires imprisoned inside, although some have escaped, but some remain."

This kind of skill was rare in the world.

Being able to gather the foreign fires and cultivate a skill that accomplishes the Dou Di and soars away.

Such a talent was rare in the world.

The first time Jiang Jian came here, he was appalled when he saw the pillars of foreign fire around him.

"This time, I, Jiang Someone, have gained a great deal."

This is so good.

With these foreign fires, there's an origin, and if you have an origin, you can break through, and you can become a generation exceptional.

Becoming an immortal is not a problem either ah.

Imagine cultivating to become an immortal and riding the wind to return.

"Dashe Ancient Emperor is really a good man." Jiang Ji said grudgingly, "There's still a lot of foreign fire on this pillar, but it's all going to fall into my hands."

He found this very soothing.

It was not in vain that he had gone on a trip, as he hadn't used the Dashe Ancient Emperor Jade to come in, so he hadn't met anyone else.

Even the Soul Clan Leader, Soul Heavenly Emperor, who had his heart set on the Dashe Ancient Emperor's cave, didn't come at the moment.

After scanning the circle, Jiang Chi muttered to himself, "This is good, after this seat takes the foreign fire here, I will go to the Soul Realm to seek trouble from the Soul Clan, so I will go to the Ancient Clan to fight the autumn breeze, and I might be able to gain something.

Then, I'll become an immortal!"

For this obsession, he was already in a state of mind.

Also looking forward to it for many years, with excitement in his heart, the once Dashe Ancient Emperor may have been a figurehead, but he, Jiang Someone, was no vegetarian.

He was likewise a magnificent existence.

In this Dushe Ancient Emperor's cave, those foreign fires were all trembling from the eyes of Jiang Jian, and had known that they would have escaped with the Pure Lotus Demon Flame with the help of that Emperor's Young Pill.

They might have all become a generation of great demons by now, an unparalleled powerful existence that dominated the world.

Free from the world.

How could it be as miserable as now.

They were all foreign fires anyway, immortal and immortal existences.

They don't have the same desire for freedom as the Pure Lotus Demon Flame, so staying here is their best choice.

It was also the thing they wished for and looked forward to the most.

What one never expected was that Jiang Xiao, a sudden and unexpected alien, came barging in, with an endlessly crumbling momentum of a great completion of the Merging Realm.

For a time, it pressed them to the point where they couldn't breathe.

It also made them look so ugly that they should have fled far away to the ends of the earth, ah.

Being looked at by Jiang Chi's expectant eyes, those foreign fires within this Dashe Ancient Emperor's cave were even more depressed.

It was being watched by this man.

"We're afraid that we're going to be unlucky."

This person is powerful.

They looked helpless, but they were already miserable now.

The look in Jiang Gou's eyes, how they looked at it, it was unnatural.

It felt so helpless.

After looking around the circle, Jiang Ji calmed down, "This seat knows, you can all hear me, although I have the ability to collect all of you one by one, I'm not that ruthless.

As long as you are willing to give up most of your origin power, this throne will let you cultivate the Dao of Immortality and become immortal without delusion in the future.

However, if you and the others ignore it, or even pay no attention to it, this seat will make it impossible for you to survive."

With the ability of that great lord of the Vajra Bracelets in his body, it was possible to collect all the foreign fires in this foreign fire pillar.

The only reason he was giving these foreign fires a way out was because he felt that foreign fires were inherently difficult, and giving birth to spiritual intelligence was even an extremely rare ingredient.

So he was willing to give this a chance.

After all, asking for their origin would be the same as asking for their lives, and once the origin was gone, their cultivation would drop not to mention that they might also be devastated.

After Jiang Xiao's words fell, those foreign fires on the pillar were stunned, what was the existence of this person in front of them.

They did not figure it out.

For a time, they looked at each other and muttered in secret passages.

It was clear that they actually couldn't trust Jiang Xiao.

This unexpected person was strong, but to what extent they didn't know.

So they didn't dare to take a stance.

Not even daring to say anything, they were also afraid of angering this strong human, causing them to suffer bad luck.

Perhaps this was the best way to take a stand.

Jiang Mo may not be able to wait.

He was a bit cryptic and his mind was complicated, "There is no need for you to be afraid, the three thousand irresistible fires ranked ninth on the list of foreign fires must be known to you, and now it has made its choice and changed its name to Alice Jiang."

All of them were dumbfounded.

Three thousand irresistible flames they all knew, a very powerful existence that later seemed to have escaped.

Even this one had defected to this one?

That kind of surprised them, and they secretly said, "I never thought this person would be so powerful, what are we going to do?"

Do you really want to contribute most of your origin to follow this man to cultivate the so-called Immortal, as this man said?

What Xian was these different fires didn't know and hadn't heard of.

Never before in the land of fighting.

Should we agree or not?

The foreign fires all pondered and looked a little nervous.

Would this strong human directly exterminate them?

It's normal for you to disobey this seat, but don't worry, follow me to the Dao Sect, to cultivate immortality, and to gain the power of the Great Dao.

In the future, you will have a bright future, and you will be able to cultivate and turn into real human beings, and it will be easy for you to become innate Dao bodies like humans.

After the words fell, those on the foreign fire column were confused.

What was the situation?

What new type of argument is this.

Also, where was that Daoist sect and why had it never been seen before.

Never heard of it before either.

Was it really that effective?

For these foreign fires in this Dashe Ancient Emperor's cave, it might be nice to have the chance to be human.

After all, who wouldn't want to be human.

It might even be bad luck, if they could transform into human form and cultivate, if they could become normal human beings in general, that would be good too.

Was this person in front of you right or wrong?

Being a foreign fire, they didn't understand.

Seeing that these different fires didn't speak, Jiang Ji wasn't in a hurry and looked around with a sunken face.

This Doshe Ancient Emperor's cave was not bad, but it was basically filled with pillars of different fires and some alchemy pills.

The cave was not particularly large, but it was exquisite.

It should have everything that was needed.

This cave hadn't been lived in for many years.

In other words, the foreign fires that hadn't escaped were still here and seemed to be cultivating.

Of course, there were many different fires that had escaped.

For example, that Pure Lotus Demon Fire, such as the Void Swallowing Inferno from before, and so on, all the foreign fires in the world had been detained here by the Ancient Emperor of Naduoshe.

Those that escaped with difficulty, naturally don't want to come back, after all, this place is like a prison to them.

It is very sad.

After escaping, there was no need to come back.

The rest of them didn't want to escape.

Or the ones that can't escape.

Jiang Chi suddenly smacked his head and suddenly said, "No, I remember that there was a strange existence here in the original, besides these foreign fires."

For example, that Emperor's Brood Pill.

A supreme pill that was beyond the ninth grade.

In the Dou Qi Continent, even a ninth-grade Xuan Dan could be transformed into a human form for cultivation, such as that Dan Tower ancestor was.

The pill within this Dashe Ancient Emperor, on the other hand, was an imperial product that surpassed the ninth grade.

It was beyond imagination.

At the same time, it was also a superlative pill that that Dashe Ancient Emperor had personally refined after once advancing to Dou Emperor.

Therefore, it was called the Emperor's Pill.

And that pill was also called the Emperor's Brood Pill, a very powerful pill that was refined by the Nadashe Ancient Emperor using source energy with other materials.

It was also an existence that could transform into a human form.

The cultivation was infinitely good, just near dusk.

If I can devour this Emperor's Brood Pill, will it be possible to break through to the Human Immortal Realm as well?"

But it was different.

His entire cultivation was built up by the World Origin Power, and although the Emperor's Daughter Pill was powerful, he might not have a chance to break through.

"Forget it, it's better to give this Empyrean brood a chance to survive."

Jiang Ji muttered to himself, "After acquiring so many exotic fires, I can use these origin to first deduce the Ninth Grade Dao Work, and then use these world origin powers to cultivate to the Human Immortal Realm.

In this way, my harvest in the Dou Qi Continent this time will be complete." 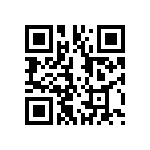