The Spiritual Clan was going to serve itself as the master, and Jiang Ji had a headache.

It wasn't because of the pressure, it was because he felt that the Spirit Clan was useless to him.

It would be a waste if it were to be taken away.

What was the use of it?

There was nothing beyond that.

"They're too weak after all, they can't help me much."

Jiang Xiao frowned, "Of the Eight Ancient Clans, every clan is strong, but the Spirit Clan is actually the weakest, I have to go to the other clans to rely on their skills where can I."

Of the remaining several clans, which one was not stronger than their spirit clan except for the Xiao clan.

Moreover, the Xiao Clan was definitely stronger in the future because of a Xiao Yan.

This was a bit awkward.

It was just that he, Jiang Sheng, was not a person who could refuse too much, and he felt that the Spirit Clan's good intentions might not be able to be killed with a single stroke.

After all, people were also well-intentioned, and this move could definitely work if it was the right move.

So Jiang Jiang said, "Then what, you guys let me think about it, after all, it's a big deal."

In fact, when he heard this, the strong five-star Dou Sheng of the Spirit Clan had already secretly shook his head, "There's probably no hope this time."

It's just a bunch of dragging oil bottles.

Or the kind of bottles that had no oil.

"If you feel any embarrassment, Senior, it's actually not necessary..."

Jiang Qiao was stunned at the news and suddenly thought of something, "Yes, it's true that you're not strong in the Ancient Eight Clans, but you're just strong against those forces in Central China, so you're not useless."

It was still somewhat useful.

After thinking about it this way, he felt that it might be useful to take in the Spirit Clan as well.

"At least they're useful when they're not facing the Ancient Eight Clans."

Jiang Mo secretly mused, "I need to go to the Dan Tower in Central China, and now that there are Spirit Clans, it seems fine to let them go there on my behalf.

In a split second Jiang Qiao thought of many things and figured out many things.

After a moment's contemplation Jiang Xiao began to say, "Since your Spirit Clan has invited you so sincerely, this seat will not excuse me."

And then he accepted the Spirit Clan as his servant.

He was the Lord.

The ancestor of the Spiritual Clan looked pleased and said, "Really? That's really great, Senior, don't worry, we Spirit Clan are definitely not a drag."

And in his heart, he was already secretly vowing, "I will definitely do something great for Senior Jiang."

Following a strong man like Jiang Chi, he felt that there were infinite benefits, which was definitely great for him.

His heart was very satisfied.

Hurrying up to tell the rest of their Spirit Clan, they were delighted with the news.

"Senior, in the future, as long as we don't directly face the other Ancient Eight Clans, we can actually handle it."

For a while, throughout the entire Spirit Clan, those people were all talking to each other.

It was as if it was such a great honor to follow Jiang Lack.

It was in fact the same.

Jiang Xiao was a powerful cultivator himself, and following an existence like him was definitely luck for the Spirit Clan.

Otherwise, it wouldn't have been possible to have such an opportunity.

Jiang Jiang waved his hand and motioned for the Spirit Clan crowd to quiet down, "Everyone, since your Spirit Clan already serves this seat as its master, there are some things that this seat feels like it should openly explain to you.

This throne does not like betrayal, nor will it allow such things to happen.

Of course, there are many opportunities to follow this throne and endless benefits."

The spirit world was not well restored by him, but it was still possible to arrange some means to shelter the spirit crowd.

"We will respectfully obey our senior's order."

"Alright, my name is Jiang Chi, so you can just call me Lord."

Jiang Chi said indifferently, "Although the Spirit Clan is now in decline, this throne still has one thing to tell you."

The Spirit Clan crowd who were all thinking of repaying Jiang Chi's great kindness hurriedly said, "We, the Spirit Clan, will not hesitate to die!"

In fact they were mentally prepared to go scourge those people in Central State, it was better than staying in the Spirit World and being scourged by the Soul Clan.

Who wants to die if they can live.

Jiang nodded his head in satisfaction and continued, "Just now this seat has already said that following me will also have countless benefits, endless opportunities.

There is an opportunity to cultivate immortality in front of you right now, whether or not the choice is voluntary."

They were all slightly stunned and surprised, "Lord, I wonder if this Xiuxian is?"

They had never heard the word "immortality" before.

Was it something new, something that had never been done before?

While the Spirit Clan crowd was pondering, Jiang Chi said, "Cultivating Immortality is a brand new path of cultivation.

It is you who are following this throne, and that is why I am introducing it to you, but if it were anyone else this throne would never speak of immortal cultivation.

This seat only mentions the matter of immortality, if anyone is interested in it, they can come and receive a set of methods and spells, if not, it doesn't matter.

After March, you Spirit Clan will depart for the Central State Pill Tower and go with this seat to get the three thousand irresistible fires."

Jiang Ji grudgingly commanded, since he had taken in the Spirit Clan, he naturally wouldn't let the Spirit Clan sit idle, that was too unbecoming of his Jiang someone's style of doing things.

The Spirit Race crowd nodded, and no one said much.

As for what Jiang Chi said about cultivating Immortality, those who had been a little hesitant earlier all agreed to change their cultivation to the Myriad Methods once they heard Jiang Chi's words.

After all, an existence that could give birth to a terrifyingly strong person like Jiang Liao would definitely give them some gains.

"Maybe it will be better than the cultivation of Dou Qi." After holding such a thought, the looks of those of the Spirit Clan became expectant.

Maybe they would have a better life in the future, and the future would be more promising.

In Jiang Xiao, they saw hope for the rise of the Spirit Clan.

What was the Heaven's Edge?

To evolve the seven stars, to point the Taiji, to protect the balance of yin and yang, is to be heavenly.

Similarly, what is immortality?

It is to cultivate immortality.

On the path of cultivating immortality Jiang Chi was getting further and further away, while those of the spirit tribe were ignorant and not too knowledgeable.

Instead, there were many people who were more interested in the Book of Spells that Jiang Di had passed on.

They had deep confidence in this, and when their eyes burned like gods, they regarded the spell book taught by Jiang Xiao as a treasure.

And those of the Spirit Clan all believed that cultivating immortality was a new kind of dao, and Jiang Chi was the creator of this new dao, which was also equivalent to being their ancestor.

In a matter of seconds, their worship of Jiang Chi had reached an unprecedented peak.

Jiang Lack, this was a truly strong man.

Who could compete against it.

Perhaps following such a person was the right choice for their Spirit Clan.

Because there was a future.

After Jiang Lack's inquiry of whether or not Eer would be willing to cultivate Immortality, almost everyone in the Spirit Clan answered yes.

Although the Dou Qi had proliferated to its peak, it had also developed to a bottleneck, especially in this era where Dou Emperors were not available, and their cultivation was becoming increasingly difficult.

But after today, it was no longer of much use.

This was one of the reasons for the decline of their Spiritual Clan.

"Rest assured, Lord, in three months, our Spirit Clan will definitely head to Central State and meet up with you, Lord."

In the past, because they were the Pill Tower, not only did they have many alchemists but they were also in charge of the world's alchemist guild, so naturally no one was willing to offend them.

But nowadays, for our Spirit Clan, the Lord's word is everything.

Moreover, after changing to the Immortal Dao Technique, we're not so dependent on the alchemists, and we can also make pills ourselves."

In the past, everyone cultivated Dou Qi.

In the Dou Qi Continent, however, it was very difficult to become an alchemist, and thus alchemists were extremely precious and rare.

As the saying goes, things are rare, and people are actually like that as well.

Therefore, the profession of an alchemist was quite popular, respected by the people of the Dou Qi Continent, and was basically treated optimally.

And no one was willing to offend a high-ranking apothecary.

Unless it was like the Soul Clan, who back then didn't even let go of the pill dust of an eighth-grade alchemist of the Hall, which showed how strong the Soul Clan was.

But it also reflected the strength of the alchemist from the side, or else the Soul Clan wouldn't have spent enormous effort hunting down Pill Dust.

Jiang Ji nodded and said, "Is the Pill Refiner heavy or not this seat doesn't know, nor does it want to know, all this seat wants is three thousand irresistible flames, understand?"

The Spirit Clan ancestor nodded, knowing a little more about this newly recognized master, a man who probably wouldn't stop even if he wanted to get what he wanted.

Jiang Jiang then continued, "In the next few days, this seat will arrange some means as a way to shelter your Spirit Race, so you don't have to worry, you can change your Immortal Dao techniques with confidence and boldness.

Even if the Soul Heavenly Emperor of the Soul Race comes, he will not be able to break the methods laid out by this seat.

After those means are set up, this seat will leave, and we'll meet and rendezvous in Central State three months later."

"Lord, you won't stay for a little longer either?" The Spirit Clan ancestor hurriedly said, "That way I can ask you any questions on cultivating the Immortal Dao Technique ah."

"Just cultivate step by step." Jiang Ji shook his head, "There are some things you need to comprehend on your own, and what this seat teaches is only deadly."

He had no way to stay, so he could only say bitterly, "Yes, I will obey my master's order."

Where did he know that Jiang Chi was actually going to go back to playing Autumn Wind to get the benefits. 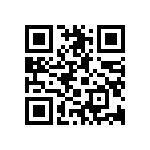